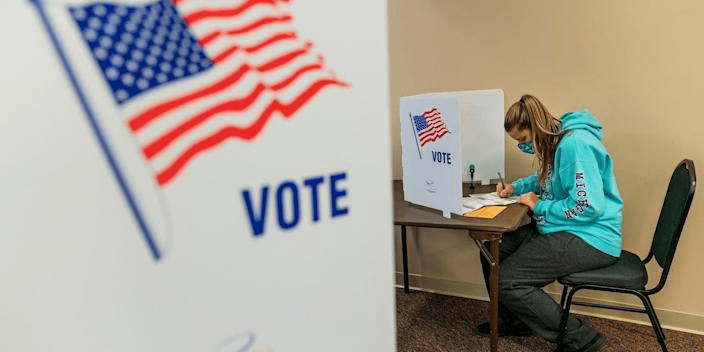 April 15, 2021: -On Wednesday, Hundreds of corporations, executives, and celebrities released a statement in opposition to “any discriminatory measures” that would restrict access to the ballot.

The statement is the latest and most extensive showing of corporate backlash to GOP-backed election bills in state legislatures across the country will make it harder for minorities to vote, civil rights advocates say.

American Airlines, Apple, Bank of America, Cisco, Facebook, Microsoft, Netflix, Starbucks, Target, Twitter, and Vanguard were some big names that will be present in the dozens to sign the statement, including a few law firms and non-profits.

Corporations from Georgia like Coca-Cola and Delta Airlines, which condemned the Georgia law as “unacceptable” after it passed, refused to sign the statement on Wednesday, the Times reported.

Earlier in April, the Former President called for a boycott of companies that were opposing voter restrictions, which included Delta, Coca-Cola, and Major League Baseball, which pulled this summer’s All-Star Game out of the Atlanta area as a response to the voting legislation. Whereas, last week, Senate Minority Leader Mitch McConnell said corporations should “stay out of politics.”

Companies and business leaders are wading into the debate over voting rights as lawmakers consider election legislation at the state and local level. Nonpartisan policy institute Brennan Centre for Justice saw 361 bills with restrictive provisions raised in 47 states all over the country as of March 24.

PrevPreviousBritish firm Dyson will hire 450 engineers and scientists in Singapore and the U.K.
NextAmazon unveils new wireless earbuds that are small, cheap, and have better noise cancellationNext