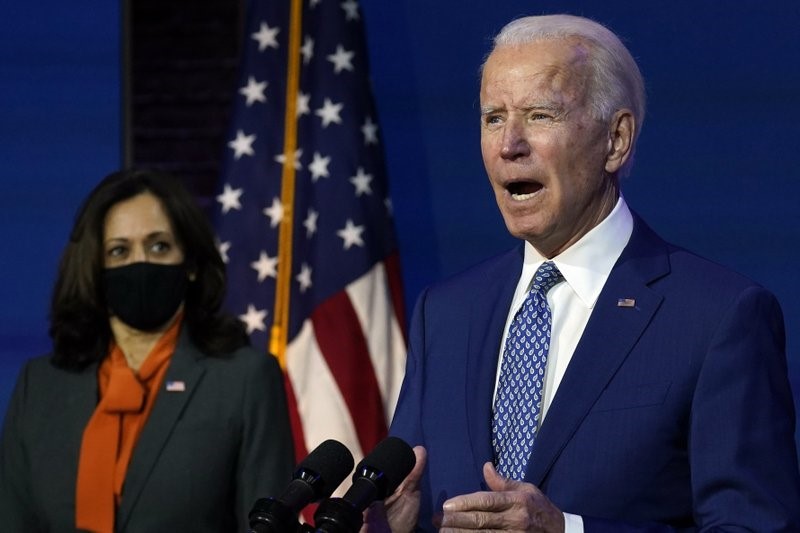 Lawmakers started the session after the police removed the mob.

There are no more hurdles for Mr. Biden to be sworn on January 20 after the certification.

Wednesday’s chaotic scenes followed months of escalating rhetoric around the November 3 election and culminated with the Capitol’s invasion.

Mr. Biden’s victory was certified after some republicans fail to overturn the result in Arizona and Pennsylvania were rejected.

because He continued to make false claims of electoral fraud while telling the mob to go home.

Shortly afterward, Mr. Trump said in a statement, “Even though I disagree with the outcome of the election, and the facts bear me out. Nevertheless, there will be an orderly transition on January 20.”

Democrat Mr. Biden said, “To storm the Capitol, to smash windows, rummaging through desks, to occupy offices on the floor of the United States Senate, on the House of Representatives, threatening the safety of duly elected officials. It does not protest; it’s insurrection.”

Former President Barack Obama said history would rightly remember the assault on the Capitol as “a moment of great dishonor and shame for our nation.”

And former US President George W Bush said: “It is a sickening & heart-breaking sight. This is how election results are disputed in a banana republic – not our democratic republic.”

Senate Republican leader Mitch McConnell said, “If this election were overturned by mere allegations from the losing side, our democracy would enter a death spiral.”