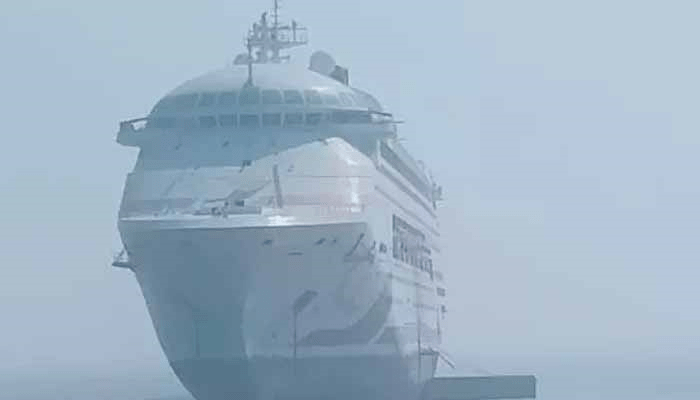 March 2, 2021: Two UK cruise ships are scrapped on an Indian beach despite assurances they would continue to be operated.

In the end, Ships are considered waste, and it is illegal to send them to developing countries from the UK.

After being sold at auction to buyers outside the UK, they were sold on as scrap for double the price months later.

As they were ready to be used for further trading after leaving UK waters, their arrival in India does not break UK law.

An investigation by the BBC’s File on four programs found around 13 ships, more cargo ships, connected to the UK had arrived at the scrapping beaches of India, Pakistan, and Bangladesh from the starting of 2020.

In November, the Marco Polo and the Magellan were sold at auction after their owners, Cruise and Maritime Voyages, went into administration.

The ship-breaking yards of Alang dominate a stretch of muddy beach just up the coast from Mumbai in north-west India, known as the largest ship graveyard in the world.

The ship was sold at the auction for around £2m by offshore company High seas Ltd. It was released from UK waters after the sale on the condition used for “further trading.”

According to High seas Ltd, the cruise ship would be used as a floating hotel in Dubai. But two months later, it was sold as scrap for around £4m.

It is a similar story for the Magellan, which was meant to be used as a floating hotel in Liverpool for the 2021 Grand National. It was bought at the auction by a Greek shipowner. It was sold on for scrap after no new buyer was found, according to the brokers.

The cruise ship industry does send old ships to be scrapped safely at EU-approved yards. Still, selling at auction, which often happens when a company goes into administration, this decision is taken out of the previous owner’s hands.

PrevPreviousRussia’s covid vaccine is alluring for Eastern Europe, creating a headache for the EU
NextAmazon-backed Deliveroo is aiming to raise $1.4 billion in the coming IPONext