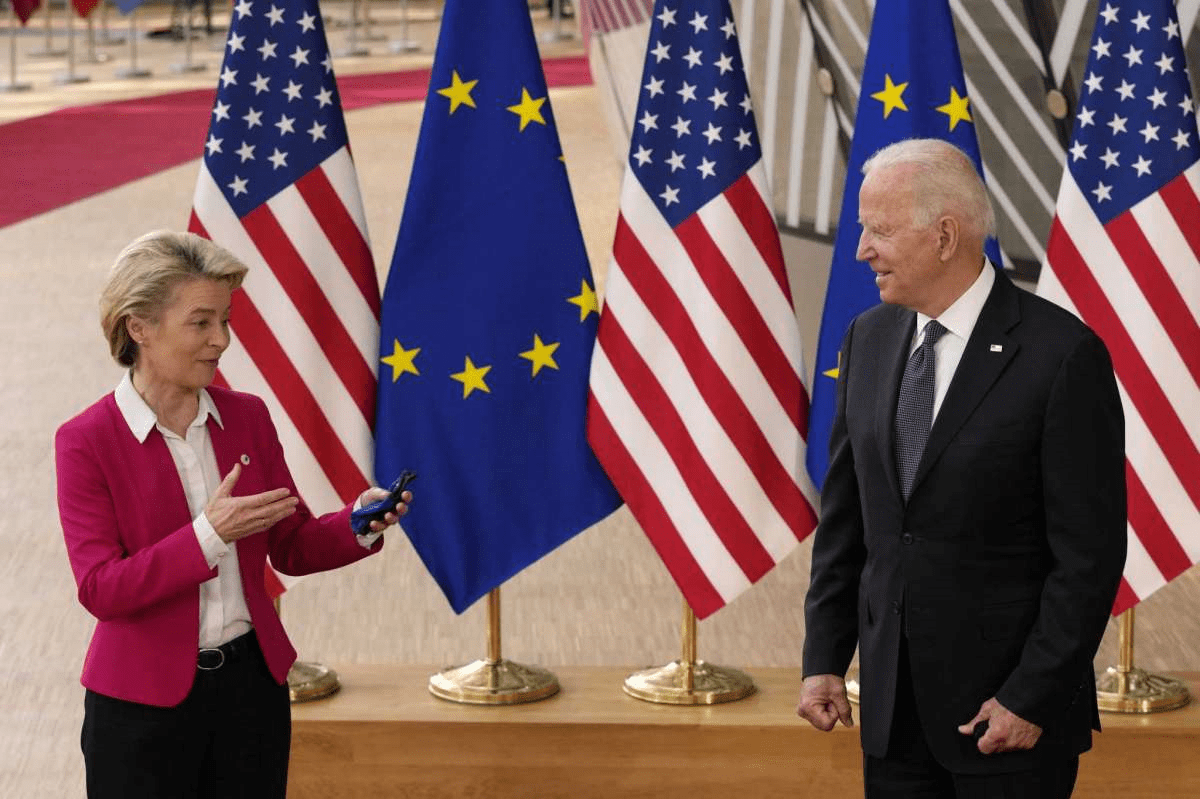 June 16, 2021: -The United States and European Union said Tuesday they have resolved a 17-year-long dispute over aircraft subsidies, agreeing to suspend disputed tariffs for five years.

“This meeting has started with a breakthrough on aircraft,” said European Commission President Ursula von der Leyen, who met with President Joe Biden at a U.S.-EU summit in Brussels. “This opens a new chapter in our relationship because we move from litigation to cooperation on aircraft — after 17 years of dispute.”

“Instead of fighting with one of our closest allies, we are finally coming together against a common threat,” she added, mentioning China.

Last week, CNBC reported that the EU was pressing the White House to reach a deal to end trade tariffs imposed during the Trump administration about the Airbus and Boeing dispute that emerged in 2004.

The EU-U.S. relationship hit a low during the previous White House administration, with Trump often criticizing Europe, accusing the EU of being worse than China with its trade practices.

Trump imposed duties worth $7.5 billion on European products after the World Trade Organization ruled that the EU had given unfair subsidies to Airbus.

Shortly afterward, the EU imposed tariffs worth $4 billion on U.S. products from another WTO ruling that said the U.S. had granted illegal aid to Boeing.

Boeing shares were up 0.6% in the premarket on Tuesday morning, while Paris-listed Airbus shares were trading higher by 0.5%.

Separately, the United Kingdom also said Tuesday that it was hoping for a similar deal with the United States within the next few days.

The U.K. was a member of the EU when the dispute first emerged and was also hit by the trade tensions developed during the Trump presidency.