Twitter shares closed down more than 6% the first trading day after the Trump ban. 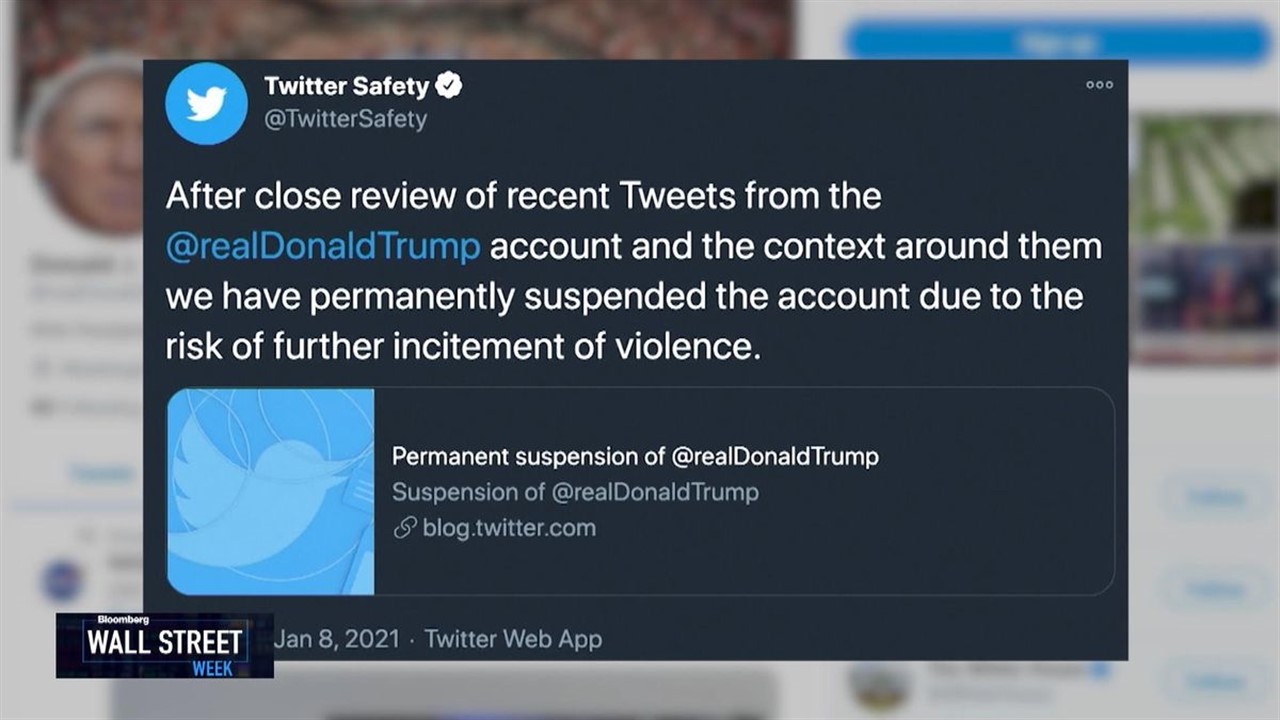 January 12, 2021:Twitter said late Friday it decided to remove the president “due to the risk of further incitement of violence” after the deadly riot at the U.S. Capitol.

Twitter on Monday evening announced that it had suspended more than 70,000 accounts associated with the far-right QAnon conspiracy theory.

“These accounts were engaged in sharing harmful content at scale and were primarily dedicated to the propagation of this conspiracy theory across the service,” the company said in a blog post.

On Friday, the company also suspended the accounts of Michael Flynn and Sidney Powell, supporters of President Donald Trump.

On Monday, the Twitter stock closed down more than 6% in the first trading session since the social media company permanently suspended President Donald Trump’s account.

The stock had cratered nearly 12.3% in the morning.

Trump has loudly voiced his disdain for Section 230, and some politicians in both parties have complained about it.

“While a Democratic administration may be less focused on significant reform of Section 230, recent events may make content legislation more likely,” BofA Securities analysts said in a note to clients. Still, the firm reiterated its buy rating on the stock.

“We anticipate new proposed legislation in Congress on Social Media content given recent events, but note content concerns are not new, and new laws will provide social media companies with better guidelines and less uncertainty,” the analysts wrote.

Meanwhile, other social media companies also traded lower after taking action against Trump. Facebook, which extended an initial 24-hour suspension to an indefinite one, closed down 4%. Snap and Pinterest each traded lower in the morning before recovering. Snap gained 3% on Monday, while Pinterest dipped less than 1%.