Trump to be impeached twice, as bipartisan majority charges him with inciting Capitol riot. 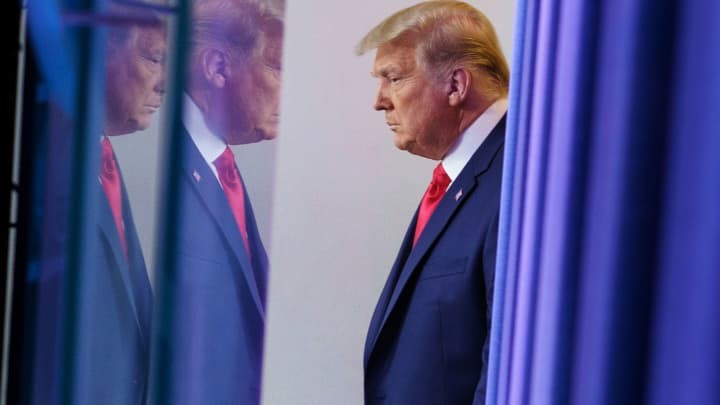 January 14, 2021: Trump became the first American President impeached by the House twice. The chamber charged him with high crimes and misdemeanors for inciting an insurrection at the U.S. Capitol seven days ago.

“He threatened the integrity of the democratic system, interfered with the peaceful transition of power, and imperiled a coequal branch of Government. He thereby betrayed his trust as President, to manifest injury of the people of the United States,” the House’s charging document reads.

Congress will not have enough time to push the President out of office before next week, even if the current GOP-held Senate chooses to convict him.

Democrats urged Vice President Mike Pence and the Cabinet to start the faster process of removing Trump through the 25th Amendment. However, Trump refused to do so.

Pelosi opened the impeachment debate on the House floor Wednesday by arguing Trump “must go.”

“Today, in a bipartisan way, the House demonstrated that no one is above the law, not even the president of the United States, that he is a clear and present danger to our country,” Pelosi said.

Though a handful of Republicans voted to impeach Trump, the vast majority of GOP representatives opposed the effort after the Capitol’s attack.

House Minority Leader Kevin McCarthy said on Wednesday that Trump “bears responsibility” for the riot. Impeachment without an investigation or hearings is a mistake, according to him.

“A vote to impeach will further divide the nation,” McCarthy said, calling instead for a resolution to censure Trump.

Once the House sends the Senate’s impeachment article, the upper chamber has to start a trial quickly. It then would vote on whether to convict Trump.

The first time the House impeached him, only one congressional Republican, Sen. Mitt Romney of Utah, joined Democrats to remove the President.

No Senate Republicans have yet said they will vote to remove Trump. The New York Times reported Tuesday that McConnell believes Trump committed impeachable offenses.

The chamber will be split 50-50 by the end of the month when Senators-elect Raphael Warnock and Jon Ossoff from Georgia are sworn in.

If every Democrat convicts him, 17 Republicans would have to join them to hit the needed two-thirds threshold.

He could still occupy another unique place in American history. The only President impeached twice could become the first to get convicted by the Senate.

PrevPreviousThe hunt to identify and arrest the rioters.
NextTwitter shares closed down more than 6% the first trading day after the Trump ban.Next