The US to lift restrictions on contacts with Taiwan, 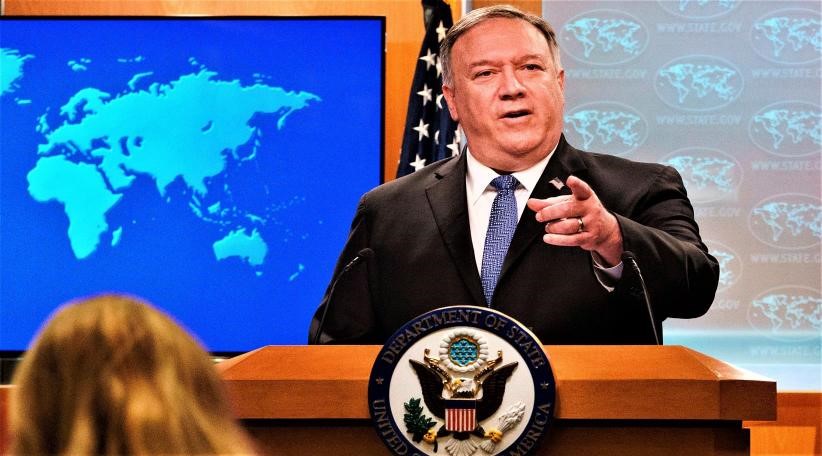 January 11, 2021: Secretary of State Mike Pompeo says the US is lifting long-standing restrictions on contacts between American and Taiwanese officials,

The US state department said in a statement that the “self-imposed restrictions” were introduced decades ago to “appease” the mainland Chinese government, which lays claim to the island.

The move is likely to make China angry and increase issues between Washington and Beijing.

The Biden transition team have said Joe Biden is committed to maintaining the long-standing US policy towards Taiwan.

Taiwan’s leaders argue that it is a sovereign state, while China regards Taiwan as a breakaway province.

Relations between the two are frayed, and there is a continuous threat of a violent flare-up that could bring in the US, an ally of Taiwan.

The US state department had got complicated restrictions limiting the communication between American diplomats and their Taiwanese counterparts, Mr. Pompeo said in a Saturday statement.

Pompeo added that Taiwan was a vibrant democracy and a reliable US partner and that the restrictions were no longer valid.

After the announcement, Taiwan Foreign Minister Joseph Wu was grateful to Mr. Pompeo and thanked him.

“The closer partnership between Taiwan and the US is firmly based on our shared values, common interests, and unshakeable belief in freedom and democracy,” Joseph tweeted.

The US also sells arms to Taiwan, though it does not have a formal defense treaty with the country, like Japan, South Korea, and the Philippines.

China and Taiwan have had different governments since the Chinese civil war ended in 1949.

Beijing has long tried to limit Taiwan’s international activities, and both have vied for influence in the Pacific region.

Issues have increased in recent years, and Beijing has not ruled out the force to take the island back.

Although only a handful of nations officially recognizes Taiwan, its democratically-elected government has strong commercial and informal links with many countries.