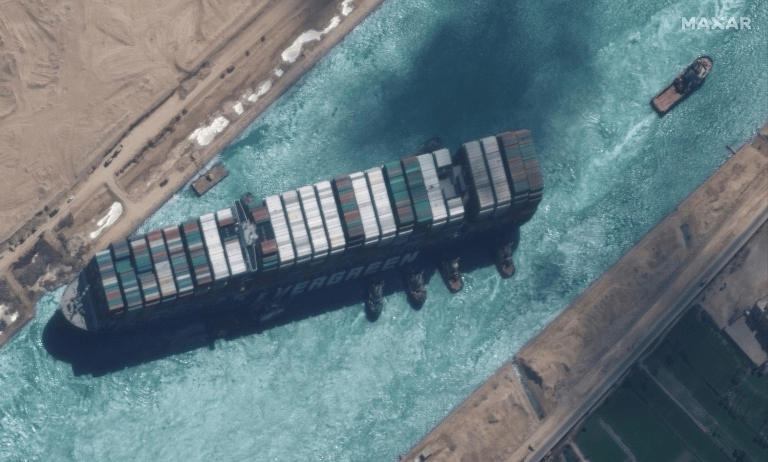 March 30, 2021:-The Ever Given, the huge container ship that became wedged in the Suez Canal and cut off traffic in the vital waterway for a week, has been refloated, authorities said on Monday.

The ship sailed north to the Great Bitter Lake, arriving there just before 1 p.m. ET, according to Leth Agencies, which is a transit agent at the Suez Canal. The vessel will now be undergoing a technical inspection.

On Monday, the Authority said the ship had “responded to the pulling and towing maneuvers” and had corrected its course by 80%.

The Ever Given is among the largest container ships in the world. The 220,000-ton vessel can carry 20,000 containers, and stretching above 1,300 feet is almost like the Empire State Building in its height.

On Tuesday, the ship created more disruptions in a global supply chain already straining under the ongoing impacts of Covid-19.

Expert salvage crews were called in to help with the refloat operation. Over ten tugboats were on the scene and specialized dredging equipment. Above 20,000 tons of sand and mud were removed in the dredging operation.

“Today, the Egyptians have succeeded to end the crisis of the delinquent ship in the Suez Canal, although the tremendous technical complexity that surrounded this process from every side,” Egyptian President Abdel Fattah El-Sisi said Monday in a tweet.

The ships refloating means traffic can resume in the Canal. According to the Suez Canal Authority, around 19,000 ships passed through the canal in 2020, for an average of 51.5 every day.