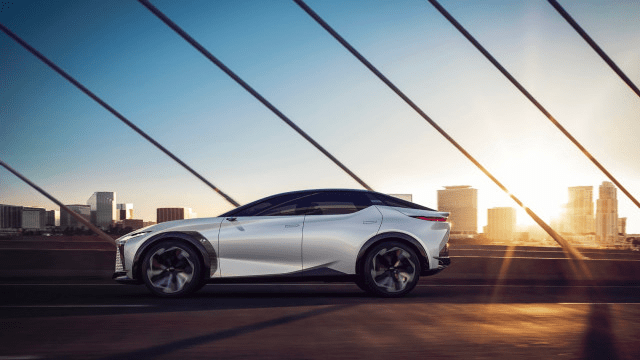 March 31, 2021:-Lexus has plans to introduce 20 new vehicles globally by 2025, at least half of which will be all-electric or electrified hybrid models, executives say.

The all-electric vehicle features many of its signature design elements, such as check-mark headlights and spindle grill but with new, more modern interpretations. Many automakers have been moving to such methods, mimicking aspects of EV manufacturer Tesla.

Lexus did not release performance expectations like range, horsepower, or torque. The company said by 2025, and it expects its EVs to be capable of over 370 miles and achieve 0-60 mph in three seconds. Automakers often use concept vehicles to gauge the interests of customers or show a car or brand’s future direction.

Lexus has been slow compared with the other brands to release all-electric vehicles after its parent company led automakers to develop hybrid cars following the Toyota Prius’s success.

That could change in the future years. Lexus’s aim is to offer electrified variants of all its models by 2025, with the sales ratio of electric vehicles exceeding gasoline-engine vehicles.

“Electrified” meaning an all-electric vehicle or hybrids or plug-in hybrids that combine electrification with internal combustion engines. Toyota executives declined to comment on how many cars are slated for the U.S.