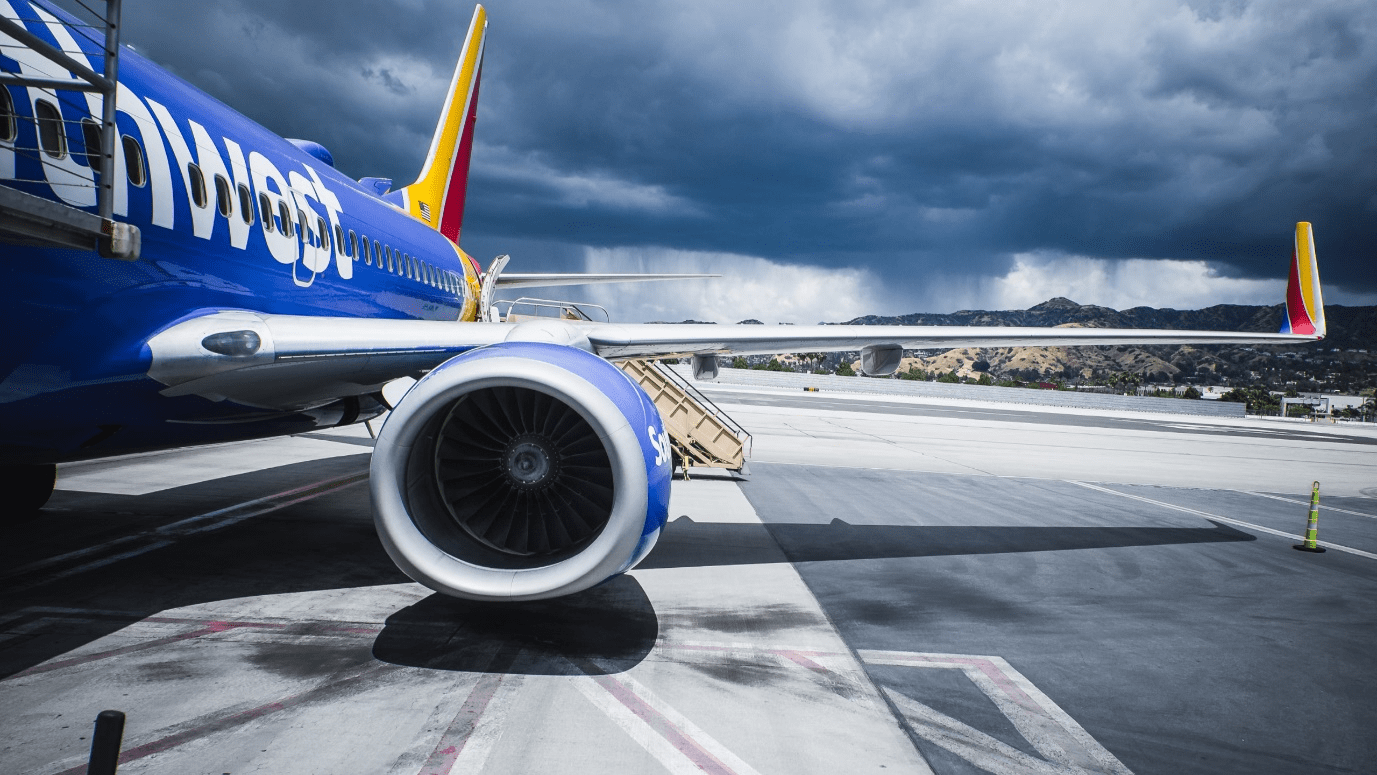 October 12, 2021: -Southwest Airlines canceled more than 1,800 flights this weekend, disrupting the travel plans of thousands of customers and stranding flight crews. The airline blamed the meltdown on a combination of bad weather, air traffic control, and its shortage of available staff.

“I know this is incredibly difficult for all of you, and our customers are not happy,” Alan Kasher, executive vice president of flight operations, told staff in a note on Sunday, which CNBC saw.

“Although we were there for the weekend, we could not anticipate the significant disruption that creating from unexpected ATC issues and bad weather across our Florida stations,” Kasher said. Other airlines dismissed relatively few flights.

“No FAA air traffic staffing shortages have been reported on Friday,” the FAA said.

“Some airlines continue to experience scheduling challenges due to aircraft and crews being out of place. Please get in touch with the airlines for details about current flight schedules,” FAA added.

Southwest’s major destinations of Denver, Baltimore, Dallas Love Field, and Chicago Midway were hardest hit by the cancellations on Sunday.

Southwest apologized to travelers for extended customer service waits. The airline said in a statement it expected to get close to normal operations by Sunday, but disruptions worsened.

The Dallas-based airline canceled 1,019 flights on Sunday, 28% of its schedule, after it canceled 808 flights, according to flight-tracking site FlightAware. American Airlines, operating a significant hub in Miami, canceled 66 mainline flights, or 2% of its operation, and Fort Lauderdale, Florida-based Spirit Airlines canceled 32 flights, 4% of its schedule.

Staffing shortages fueled hundreds of cancellations and delays at Southwest after summer. The airline is trimming its schedule after the summer to avoid further disruptions. Different airlines also faced a shortage of workers after boosting thousands to take leave or buyouts at the height of the pandemic for travel demand to return faster than expected this summer.

“Although we’ve made schedule adjustments which leads into the fall, our route system has not fully recovered, taking time,” Kasher said. He said the airline has fewer frequencies amid major airports to reroute or rebook travelers. Southwest doesn’t have interline agreements that large airlines such as Delta and American have to book travelers on other carriers.

On Sunday, Southwest had 3,614 flights scheduled, the most since April 2020 and down 8% from the same day in 2019, before the pandemic, according to aviation consulting firm Cerium.

The airline has faced a lot of problems hiring new employees in the tight labor market. Incoming CEO Bob Jordan told CNBC in the previous month that the carrier is prepared to cut flights for spring break season if it doesn’t have enough staff to support the operation.

The disparity amid Southwest’s operation and other airlines fueled speculation on social media that employees were saying it as sick, with some suggesting it was in protest of a Covid vaccine mandate. Southwest said that was not the cause of the mass flight cancellations.

PrevPreviousNobel Economics Prize is awarded to 3 U.S.-based economists
NextEvergrande is planning to roll out electric cars in 2022Next