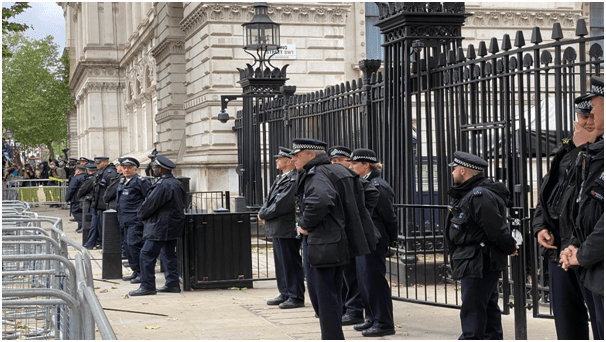 Shortly after the latest disclosure, an event was held in lockdown to celebrate Johnson’s birthday on June 19, 2020.

The London police chief says that while the force did not investigate lockdown breaches long after the event, the decision to open an investigation following evidence provided by the Cabinet Office.

“What I can tell you this morning is that as a result firstly of the information provided by the Cabinet Office inquiry team and my officers’ assessment, I can confirm that the Met is now investigating several events that took place at Downing Street and Whitehall in the last two years about potential breaches of Covid-19 regulations,” Dick said Tuesday.

Several different events that appeared to have taken place at Downing Street and Whitehall were deemed not to have reached the threshold for a criminal investigation based on the information available, Dick said.

Johnson has so far resisted calls to resign from across the political spectrum, despite public anger over a long and growing list of alleged lockdown breaches.

Dick then acknowledged “deep public concern” about allegations of lockdown parties in breach of the government’s Covid guidelines.

The investigation marks an about-turn for the Met, which had faced sharp criticism for dismissing calls to look into the claims.