Florida manatee with 'Trump' etched on back prompts investigation. 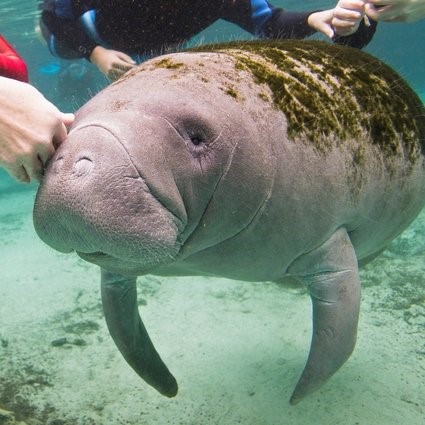 January 12, 2021: US wildlife authorities have started to investigate after a Florida manatee was seen with the word ‘Trump’ scraped on its back.

On Sunday, the mammal was seen in Florida’s Homosassa River, with the US president’s surname on its body.

According to the AP news agency, the animal does not seem to be injured seriously. The word was scraped onto algae growing on its skin.

But a video of the West Indian manatee has made public sentiment.

Images of the animal were first shared by the Citrus County Chronicle, a local newspaper, and have been popularly shared on social media.

Investigations into the incident are being led by the US Fish and Wildlife Service (USFWS).

“It’s heart-breaking that this manatee was subjected to this criminal act,” said Jaclyn Lopez, the center’s director, in a statement to local media.

“It’s clear that whoever harmed this defenseless, gentle giant is capable of doing grave violence and needs to be apprehended immediately,” Lopez added.

The manatee is a large, slow-moving mammal that has become an unofficial mascot for Florida. There are around 6,300 currently in the state, USFWS said.

They are vulnerable to attacks by humans while assembling in the shallow water of local rivers and canals.

According to the Florida Fish and Wildlife Conservation Commission, 637 manatees died in 2020, 90 killed due to boat collisions. Other interactions with humans killed another 15.