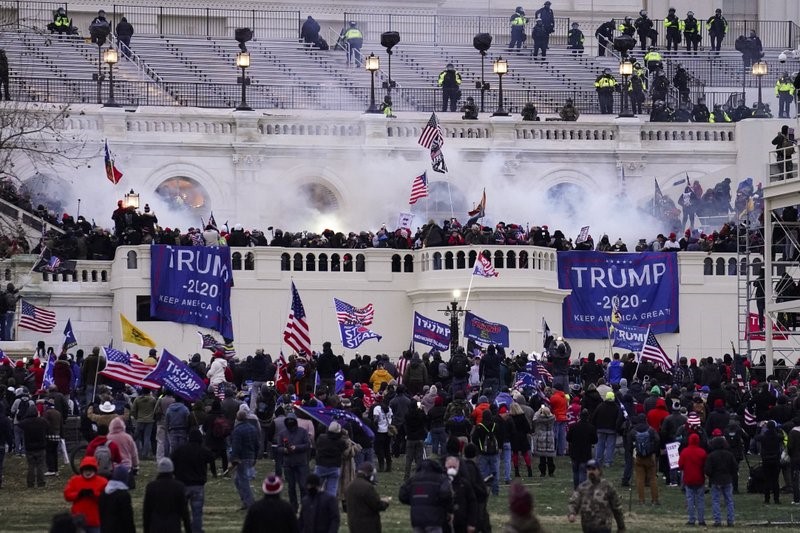 January 12, 2021: The FBI has warned of the possibility of armed protests across the US as Trump supporters and far-right groups call for demonstrations before Joe Biden becomes the president.

There are reports of armed groups planning to gather at all 50 state capitols and Washington DC before January 20.

House Democrats say a vote to impeach the president will happen on Wednesday.

They accuse President Trump and say the vote will be held unless Vice-President Mike Pence invokes constitutional powers to remove Mr. Trump from office. There is no sign Mr. Pence is prepared to do so.

Mr. Biden and Vice-President-elect Kamala Harris are expected to be sworn in at a ceremony at the Capitol. The Biden team had urged Americans to avoid traveling to the capital in Covid-19 pandemic, a call that is now being repeated by local authorities.

After the riot, Mr. Trump has made no public statements since he was banned from several social media platforms, including Twitter.

He became the third US president to be impeached in December 2019 over charges of breaking the law by asking Ukraine to investigate his rival in the presidential election. The Senate cleared him.

On Monday, President Trump declared a state of emergency for Washington DC until January 24, enabling the Department of Homeland Security (DHS) to “avert the threat of a catastrophe.”

The National Park Service announced that it had closed the Washington Monument to visitors amid “credible threats” of violence. Adding it could also temporarily close areas of the National Mall and Memorial Parks.

Speaking as he got his second Covid-19 vaccine on Monday, Mr. Biden said he was “not afraid” to take his oath of office outside despite security fears.

After being sworn in as president, Mr. Biden is expected to take part in a wreath-laying ceremony alongside former presidents Barack Obama, George W Bush, and Bill Clinton to help underscore his message of unity.

Donald Trump has said he will not attend the inauguration, the first president in more than 150 years to refuse.