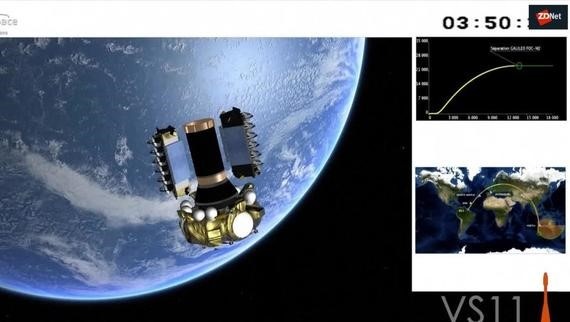 January 15, 2021: The UK’s final immense industrial contribution to the EU’s Galileo sat-nav system has been delivered.

These payloads are very important to the spacecraft and generate the Galileo network’s signals to the Earth.

Britain left the project on its departure from the EU.

The Union regards Galileo as a security program, and only firms in its 27 member states can take on sensitive work.

Paul Verhoef, Esa’s navigation director, says, “There may be small exceptions for certain components that come out of the UK, which we can’t get anywhere else. But this is what it is. This is the political reality of the day.”

British companies that were involved in Galileo hope for a proposal so that they can put their knowledge and expertise they practiced on for almost two decades.

SSTL, the last Galileo payloads produced, left its Guildford factory without fanfare taken to Esa’s technical center in the Netherlands.

Security elements not permitted to be handled by British workers were installed.

The payloads’ final destination is Bremen and the factory of OHB-System. The German company joins the payloads to the rest of the spacecraft structure or chassis and carries out the testing before launch.

Copernicus satellites are procured on behalf of the EU by Esa for Galileo.

The agency’s director of Earth observation Josef Aschbacher said on Thursday that continued UK involvement would benefit all.

PrevPreviousFlorida manatee with ‘Trump’ etched on back prompts investigation.
NextGoogle to pause political ads again ahead of Biden’s inauguration.Next