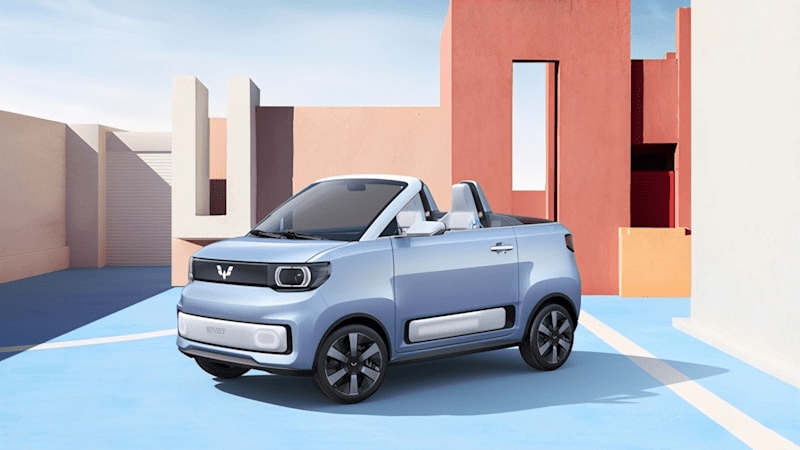 April 26, 2021: -General Motors’ joint venture in China is launching a small electric convertible under a low-cost brand that has soared in popularity in the previous year.

According to a Hongguang Mini EV Cabrio release, the convertible will begin mass production next year. Details on pricing and availability weren’t available when the vehicle was unveiling at the Shanghai auto show this week.

The electric car is the latest from the famous Hongguang Mini EV line created by General Motors’ joint venture with Wuling Motors and state-owned SAIC Motor. According to GM’s website, GM China has a 44% stake, while SAIC holds 50.1%.

The first Hongguang Mini EV launched in July with an initial price of some thousand U.S. dollars. It has sold over 270,000 units in just 270 days, according to the company.

According to figures from the China Passenger Car Association, Mini EV was second only to Tesla’s Model 3 by several new energy cars sold in China in the previous year and climbed past it into first place in the first quarter.

According to a release, another new model from Hongguang Mini EV, the Macaron, has received more than 45,000 orders in just ten days.

According to GM, General Motors and its joint ventures delivered over 780,000 vehicles in China in the first quarter of this year, with the Hongguang Mini EV accounting for about 9%.