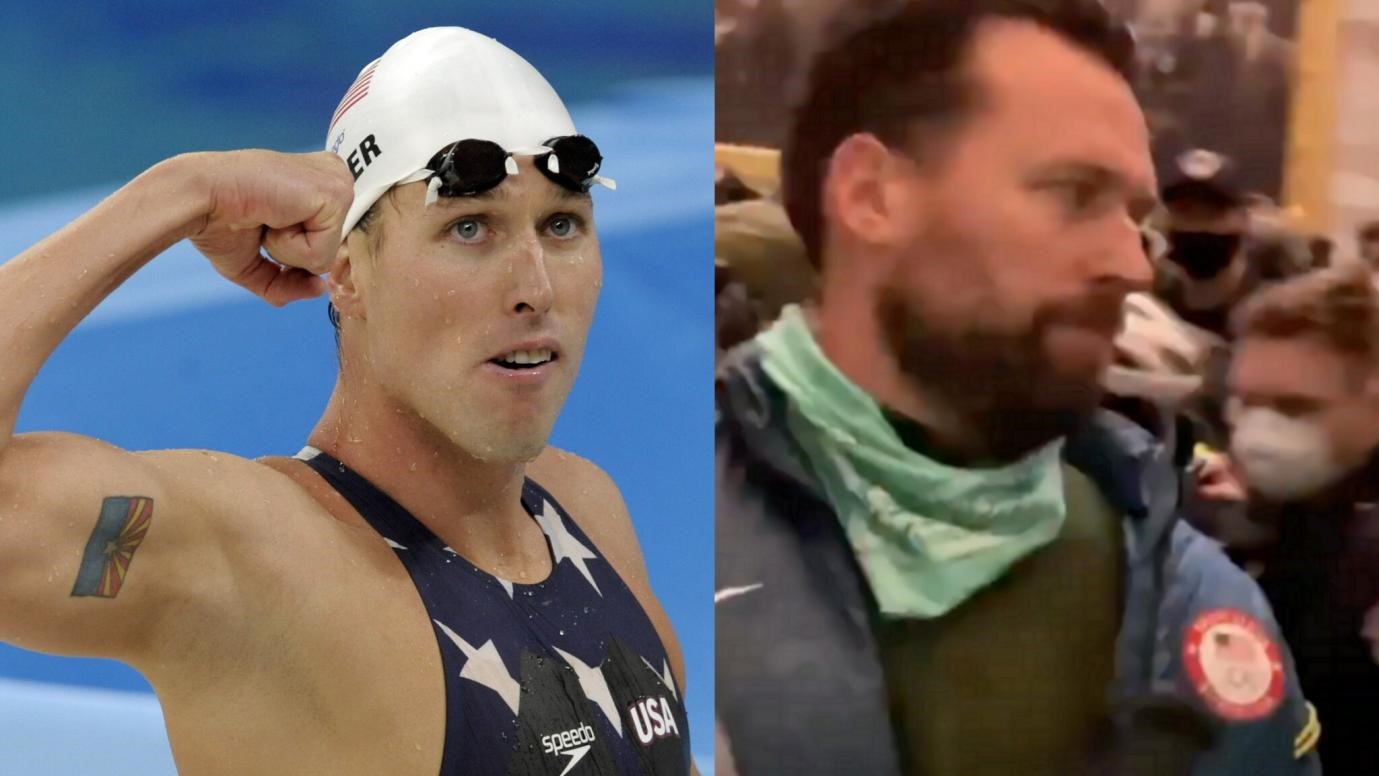 A Journalist Julio Rosas shared a video that appeared to show the 38-year-old, 6 inches tall, standing conspicuously in the middle of the chaos on Wednesday.

The SwimSwam swimming website was the first to report that members of the sporting community-identified Keller in the video.

It shows a large group of protesters in the Capitol rotunda as police in riot gear force them out of the area.

Keller is wearing a U.S. Olympic Team jacket and “appears to be one of the tallest individuals” in the photos from Capitol.

Investigators said they identified him based on screengrabs from the video, driver’s license, jacket, and height.

However, it is unclear whether Keller has an attorney and whether he is in custody.