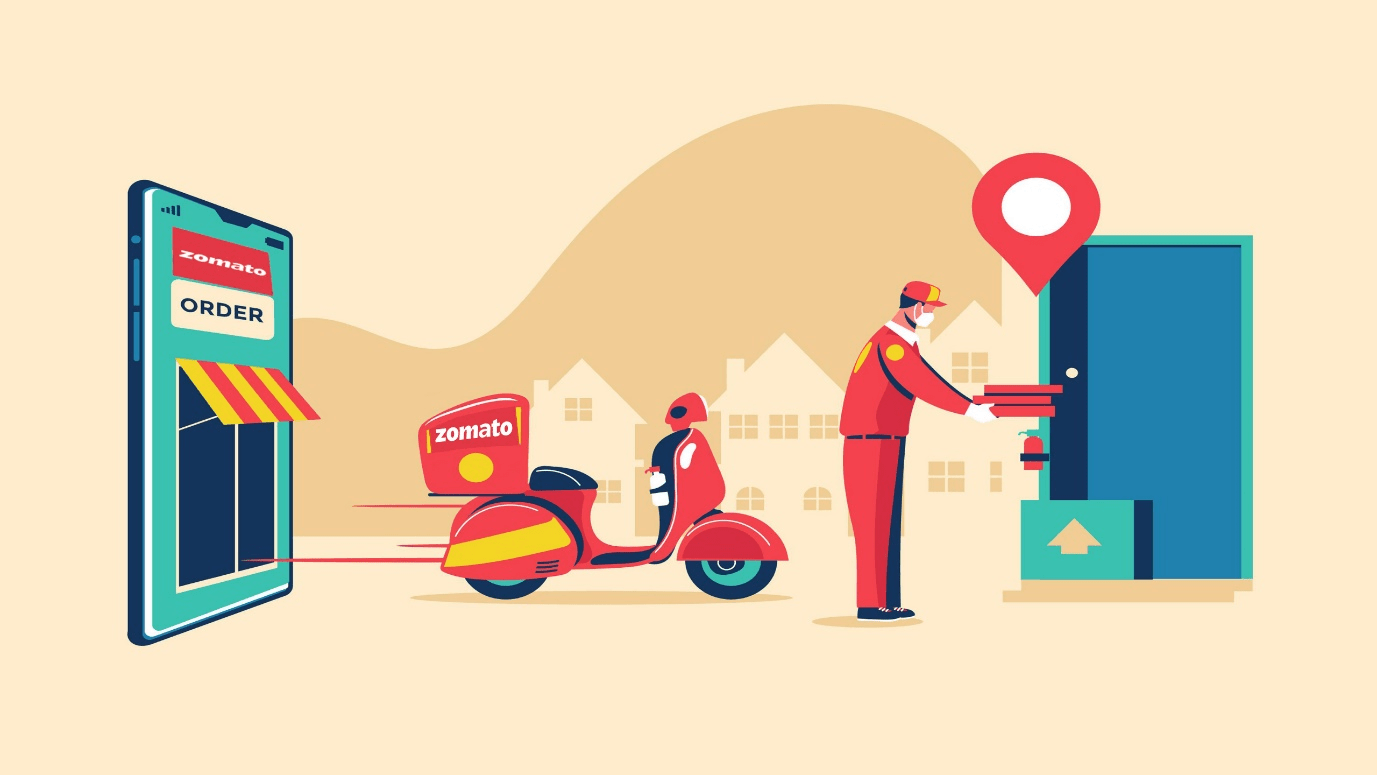 July 26, 2021: -On Friday, shares of Indian food delivery start-up Zomato increased as high as 82% during its market debut.

The public offering price was set at 76 rupees a share. The stock opened 52.63% higher at 116 rupees on the National Stock Exchange of India, valuing the company at nearly 910 billion rupees.

Zomato shares also traded on the BSE, the other stock exchange, where they opened at 115 rupees per unit.

The company filed to go public in April, saying it plans to use the proceeds to fund growth, including mergers or takeovers. Zomato is offering 1.23 billion shares, which values the IPO at 93.75 billion rupees. That also includes issuing new shares worth up to 90 billion rupees and up to 3.75 billion rupees worth of stock sold by existing shareholders.

Instead of food delivery, Zomato also lets the user book tables and aggregates reviews for restaurants. Tech giant Uber sold its India food delivery business to Zomato in the previous year in an all-stock transaction that provided the U.S. company a stake in the start-up. The other prominent backers of Zomato include Indian internet company Info Edge, Alibaba-affiliate Ant Group, and Singapore state investor Temasek.

The Indian tech company said it came across intense competition from chain restaurants with their online ordering platforms in its prospectus. Other competitors include cloud kitchens and restaurants that operate their delivery fleets and offline ordering done by phone.

For the year that ended on March 31, Zomato reported a loss of 8.16 billion rupees, an improvement from the last year’s 23.86-billion-rupee loss. But, the revenue of the company from operations slips from 23.46% on-year to 19.94 billion rupees.

Zomato is the first of a slate of prominent local start-ups to go public when Indian markets show their resilience despite economic uncertainty from the pandemic.

Paytm, the payments giant has filed for a $2.2 billion IPO while others like e-commerce firm Flipkart and ride-hailing start-up Ola explore listing options.