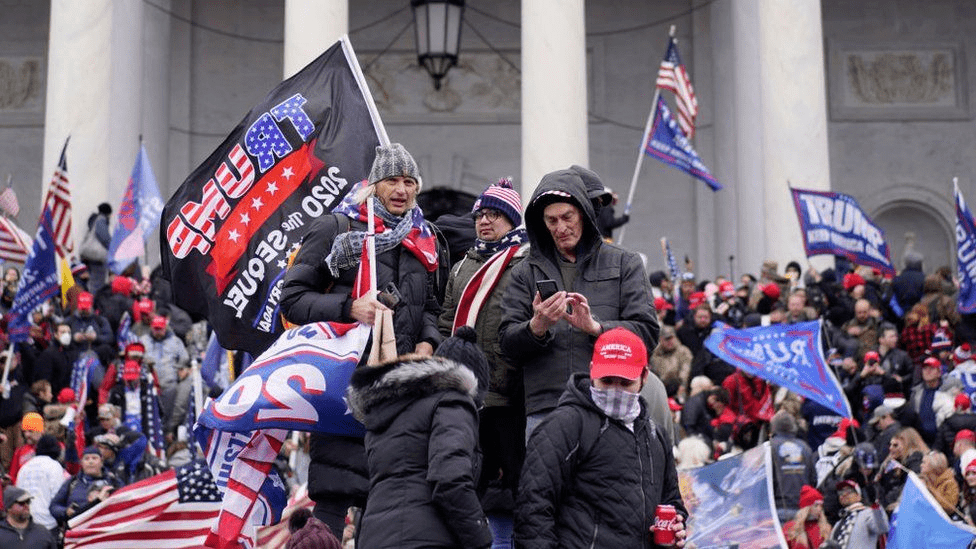 Senate paves the way for the speedy trial of the ex-president: February 10, 2021: The second impeachment trial of Donald Trump, who is charged with inciting insurrection, begins on Tuesday as Senate paves  leaders agreed on a rapid timetable.

Democrats say they have “overwhelming” evidence of his guilt while his defense team claim rioters acted independently.

The defense calls the trial “absurd and unconstitutional,” and its legality will focus on Tuesday.

Donald Trump is the only US president in history to be impeached twice and one of only three to have been impeached at all.

He could be barred from holding office again if convicted. But a two-thirds of the 100-seat Senate is required to convict. Democrats have 50 seats, and there is little sign enough Republicans will join them.

On Monday, a pre-trial statement released that Trump’s lawyers argued the trial is unconstitutional as Trump has left office and is a private citizen now.

Both sides will have four hours to tackle this constitutional question on Tuesday, with a vote expected at the end of the day regarding the proceeding.

Senate leaders agreed to a framework for the trial on Monday.

“All parties have agreed to a structure that will ensure a fair and honest Senate impeachment trial of the former president,” US Senate Majority Leader Chuck Schumer said.

If Tuesday’s constitutional vote passes as expected, opening arguments will begin on Wednesday afternoon, with both sides allowed up to 16 hours each for presentations.

These arguments are expected to run until the weekend when senators will get a chance to question both sides.

It is not clear if the impeachment managers will extend the timetable by requesting witnesses be called, though Trump has already declined to testify voluntarily.

Lawmakers on both sides are said to favor a quick trial, amid an ongoing effort to have President Joe Biden’s coronavirus relief package approved.

PrevPreviousTesla buys $1.5 billion in bitcoin, plans to accept it as payment
NextHuawei CEO says he would welcome Biden’s phone call in his first remarks on the new U.S. presidentNext