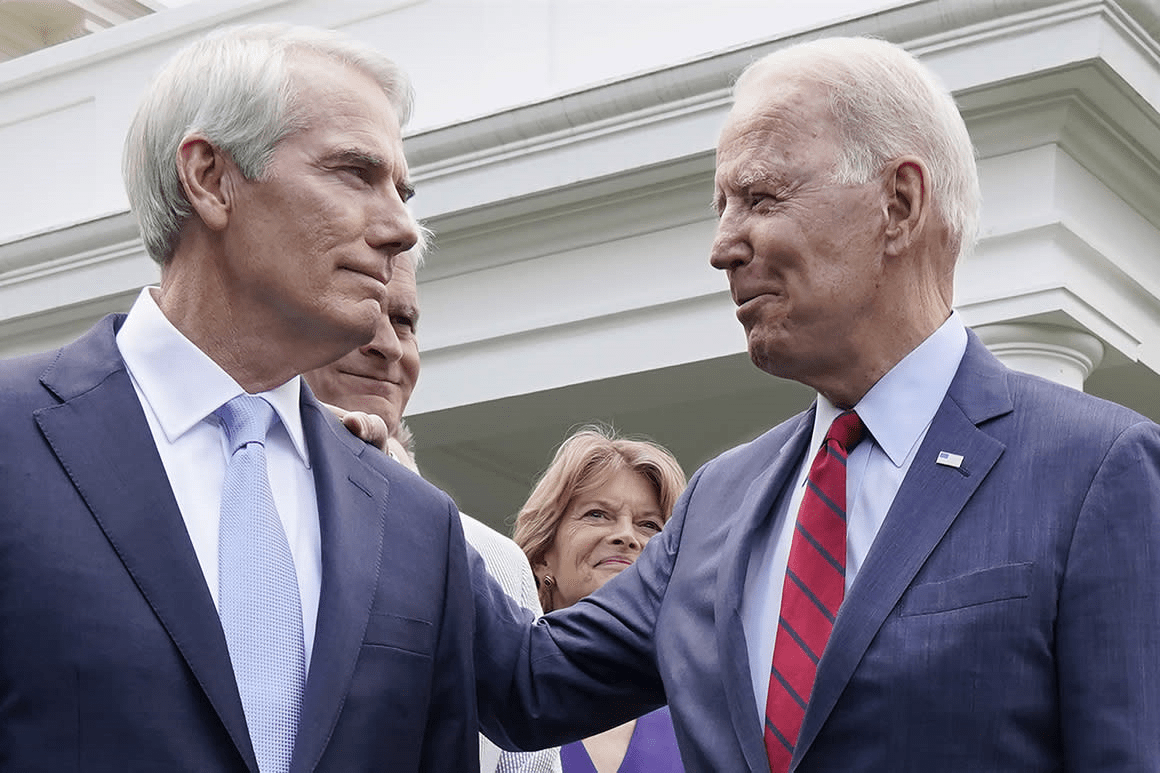 June 29, 2021: -On Sunday, U.S. Senator Rob Portman, R-Ohio, said that the bipartisan infrastructure deal could move forward after President Joe Biden’s clarification that he’ll sign the bill even if it comes without a reconciliation package.

Last week, the president said that he’d refuse to sign the deal unless the two bills came in tandem, a remark that surprised Republican lawmakers.

On Saturday, after backlash from Republicans, which include Senate Minority Leader Mitch McConnell, Biden released a lengthy statement and reiterating full support for the deal.

“We were all blindsided by the comments the previous day, which were that these two bills were connected,” Portman said in an interview with ABC’s “This Week.”

“I’m glad they’ve been de-linked, and we can move forward with a bipartisan bill that’s broadly popular not just among members of Congress, but the American people,” Portman said. There’d been “good faith” from both parties throughout negotiations, he added.

The second bill, known as the American Families Plan, would have spent on Democrat-backed issues such as climate change, child care, health care, and education. It would be passed through reconciliation, which requires Republican votes to pass through Congress.

Administration officials have called the issues in the reconciliation package “human infrastructure,” while the bipartisan infrastructure bill primarily focuses on improving roads, bridges, and broadband.

On Sunday, Sen. Bill Cassidy, R-La., said on NBC that McConnell will favor the infrastructure deal but that “he didn’t like the president throwing a wrench in there.”

Biden said his remarks “created the impression that I was issuing a veto threat on the very plan I had just agreed to, which was certainly not my intent.”

Also, the president requested that Senate Majority Leader Chuck Schumer, D-N.Y., schedule the bipartisan deal and reconciliation bill for Senate action and anticipate both bills to go to the House.

Sen. Mitt Romney, R-Utah, a key negotiator of the deal, said he is sure that Republicans will support the infrastructure bill to be passed, and he believes that the president will sign it.

“A lot of my colleagues were very concerned about what the president was saying, but I think the waters have been calmed by what he said on Saturday,” Romney said in an interview on CNN’s “State of the Union.”

PrevPreviousThe world’s largest cryptocurrency exchange, known as Binance, gets banned by U.K. regulators
NextUBS to let two-thirds of employees mix the working from home with the officeNext