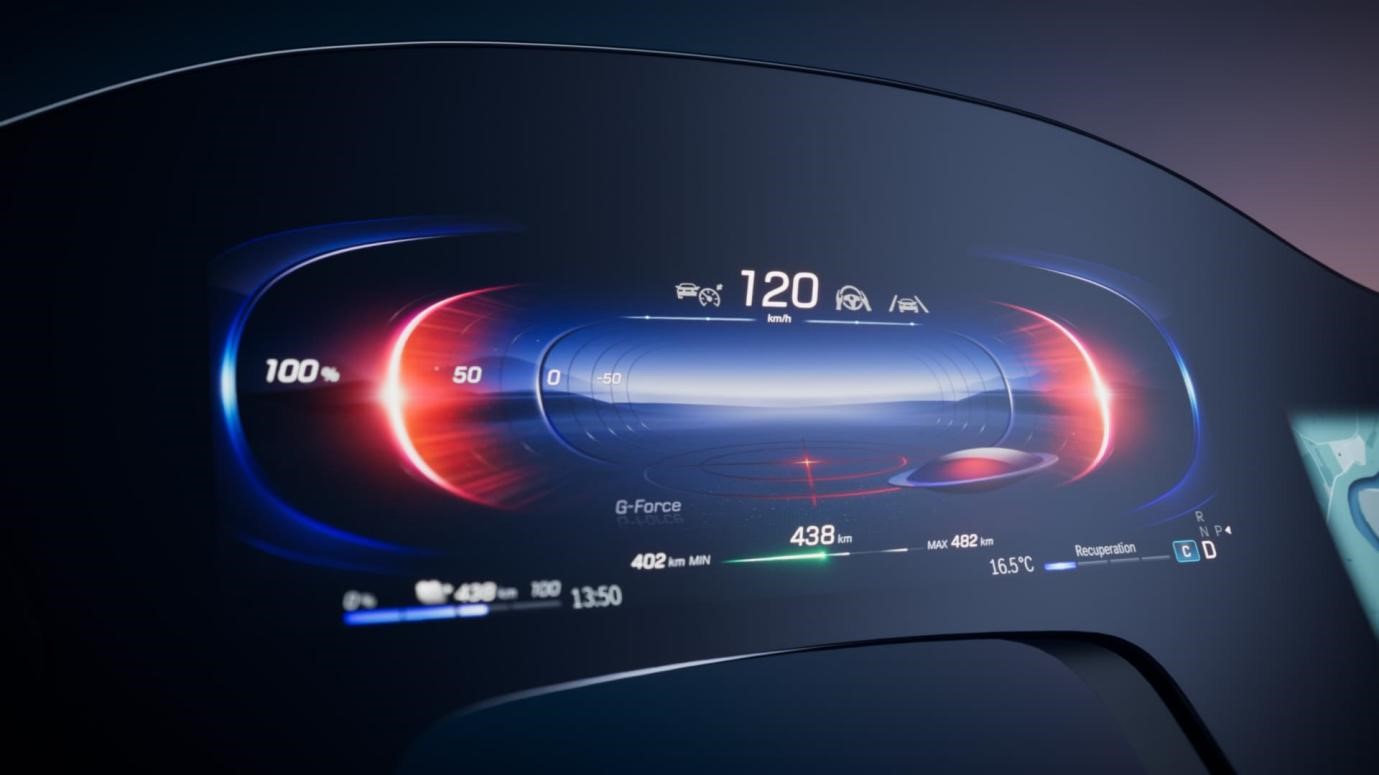 January 11, 2021: With the 3D driver display with a real depth effect, the sizeable head-up display with augmented reality content such as animated turn arrows, and biometric authentication, MBUX has now taken another big step towards digitization and artificial intelligence.

Automakers keep making cars’ touchscreen dashboards bigger and bigger. But Mercedes-Benz just unveiled one so big that the German luxury named it the “Hyperscreen”.

Mercedes Hyperscreen is a 56-inch, curved touchscreen infotainment display that will debut in the company’s EQS all-electric luxury sedan when it goes on sale later this year.

The glass display is curved to all for “a distortion-free view of the display unit across the entire width of the vehicle”, Mercedes said in the press release.

Hyperscreen also uses artificial intelligence to create what the company calls its “zero-layer feature,” which learns the driver’s and passenger’s habits so the system can suggest those functions and reduce the need to “scroll through sub-menus or give voice commands” that could distract from the road, Mercedes said.

The Hyperscreen also includes features like the digital speedometer above the steering wheel, air vent controls on both sides, and a full infotainment system in the middle of the screen with functions like GPS navigation and radiophone controls. Those functions will be controllable through the digital touchscreen and voice-command controls for both the car’s driver and front passenger, Mercedes said.

Meanwhile, Tesla has added more features to its in-car infotainment offerings, including the Model Y electric SUV’s 15-inch touchscreen that links to streaming services like Netflix and Hulu and includes a “Caraoke” library of songs with lyrics.

Mercedes unveiled the Hyperscreen ahead of the 2021 Consumer Electronics Show, which begins on Monday and has moved to an all-virtual format this year amid the coronavirus pandemic.

PrevPreviousPeople do not want to get vaccinated.
NextModerna CEO says the world will have to live with Covid ‘forever.’Next