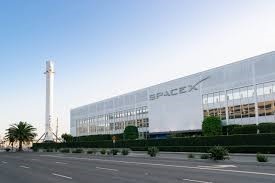 January 29, 2021: The U.S. Department of Justice investigates SpaceX over if the company discriminates against non-U.S. citizens in its hiring practices and says Elon Musk’s company is stonewalling a subpoena for information, court documents revealed Thursday.

The DOJ’s Immigrant and Employee Rights Section gets a complaint of employment discrimination from a non-U.S. citizen saying that the company discriminated against him based on his citizenship status.

“The charge alleges that on March 10, 2020, SpaceX inquired about his citizenship status and failed to hire him for the position because he is not a U.S. citizen or resident,” DOJ attorney Lisa Sandoval wrote in a court document filed Thursday.

Immigrant and Employee Rights Section said it notified SpaceX through email on June 8 that the investigation is open, requesting SpaceX provide information and documents related to its hiring and employment eligibility verification processes.

SpaceX filed a petition with a DOJ administrative tribunal to dismiss the subpoena on the grounds that it exceeded the scope of IER’s authority. Still, that petition was denied, and SpaceX was ordered to comply.

IER said SpaceX on December 11 acknowledged the order but told IER “that it’s not going to give any additional information in response to the administrative subpoena.”

The IER said that the subpoenaed documents are relevant because they would show the extent to which SpaceX hires non-U.S. citizens and that it’s not a burdensome request. However, SpaceX has told the IER that it would have to retrieve each document manually.

The Department of Justice requests an order from the court to require SpaceX to comply with the subpoena within two weeks.