Children killed, many wounded, in a Russian school shooting 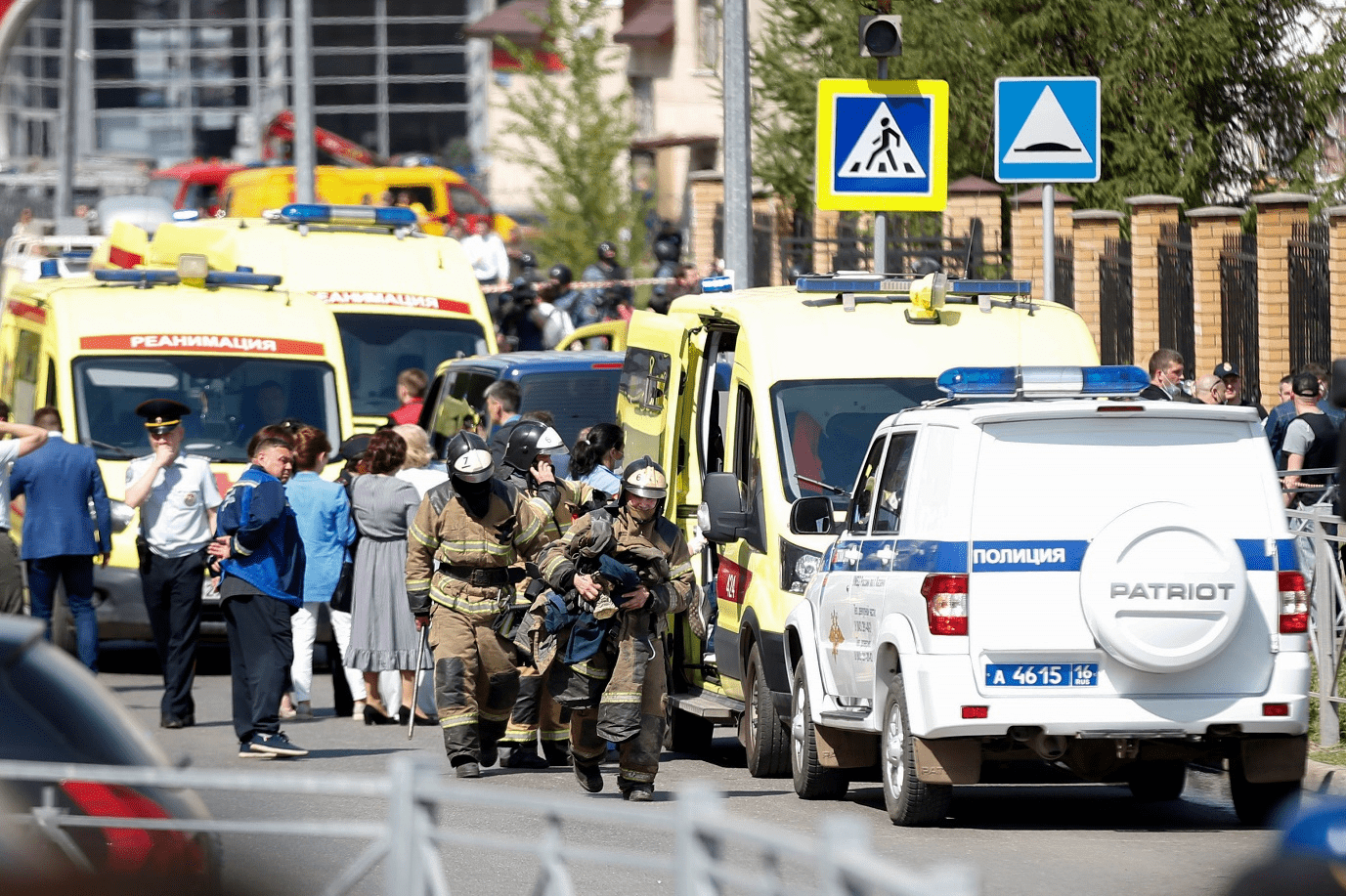 May 12, 2021: -On Tuesday, Several children and a teacher are believed to be among the dead following a Russian school shooting.

Interior Ministry in Russia tweeted that, “This morning Tatarstan police received a message that in School 175 in Kazan the sound of shots was heard. There are dead and wounded, according to preliminary information.”

“Police and other law enforcement officers went to the scene. Officers of the patrol service detained the attacker. The law enforcement operation is going on at the school. Each effort is made sure the safety of the students. A counter-terror regime has been implemented.”

The shooting happened in a Kazan school, a city in the Republic of Tatarstan in Russia. Media reports conflicted over the circumstances in the incident and the number of fatalities and injured.

Earlier reports state that nine people had been killed in the shooting, mostly children, and then other words suggested there had been 11 fatalities.

But AP news agency cited the governor of the Tatarstan Republic as saying that four male and three female students are dead while shooting. Over twelve children and four adults were hospitalized in the attack, Governor Rustam Minnikhanov said.

Initially, Russian news agencies RIA Novosti and TASS reported two attackers; RIA said that one of the attackers had been detained and the other neutralized.

However, subsequent reports suggested a lone gunman with Minnikhanov saying that “the terrorist has been arrested, 19 years old. A firearm is registered in his name.”

“Other accomplices haven’t been established; an investigation is underway.” The motivation for the attack is still unknown.

Russian President Vladimir Putin has expressed condolences reportedly to the victims’ families and injured and asked the head of Russia’s National Guard to look at new regulations on gun ownership.

“The fact is that sometimes types of small arms are registered as hunting weapons, which are used in some countries as assault rifles, and so on. The Russian Guard will urgently work this out,” Putin’s press secretary Dmitry Peskov said, RIA reported.Russian school shooting

PrevPreviousGoogle Pay now allows U.S. users to send money to India and Singapore
NextJPMorgan said that China tech stocks are in a ‘good buying spot’ instead of the regulatory crackdownNext