BMW cuts prices for its China-made electric SUV by $10,000 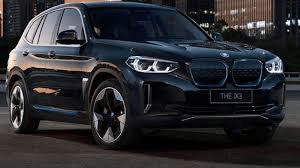 January 28, 2021:BMW, a German automaker, cuts prices for its all-electric iX3 SUV in China, bringing the car close to compete with vehicles from Tesla and Chinese start-ups like Nio.

The iX3 would be competing directly in size with the Tesla Model Y & NIO ES6, which both have to start prices substantially less than the iX3 before this cut, said Tu Le, the founder of advisory firm Sino Auto Insights in Beijing. Concludes by denying iX3 to compete.

BMW manufactures the iX3 in China through a joint venture with Brilliance Auto. According to the German automaker, the China-made car is slated to be the first joint venture that will export to other countries.

China is the world’s largest auto market, and it has the government’s support for the electric vehicle market with subsidies and the rollout of battery charging infrastructure.

According to the China Association of Automobile Manufacturers, sales of new energy vehicles, including plug-in hybrid and pure electric cars, are expected to surge 40% this year to 1.8 million.

According to the association, New energy vehicle sales last year rose 10.9% to 1.367 million vehicles despite the drop in car sales and the coronavirus pandemic.

PrevPreviousIt Can Be Lonely at the Top: The CEO’s Guide to Survival | Amy Sanchez
NextApple had the best quarter in the history of the smartphoneNext