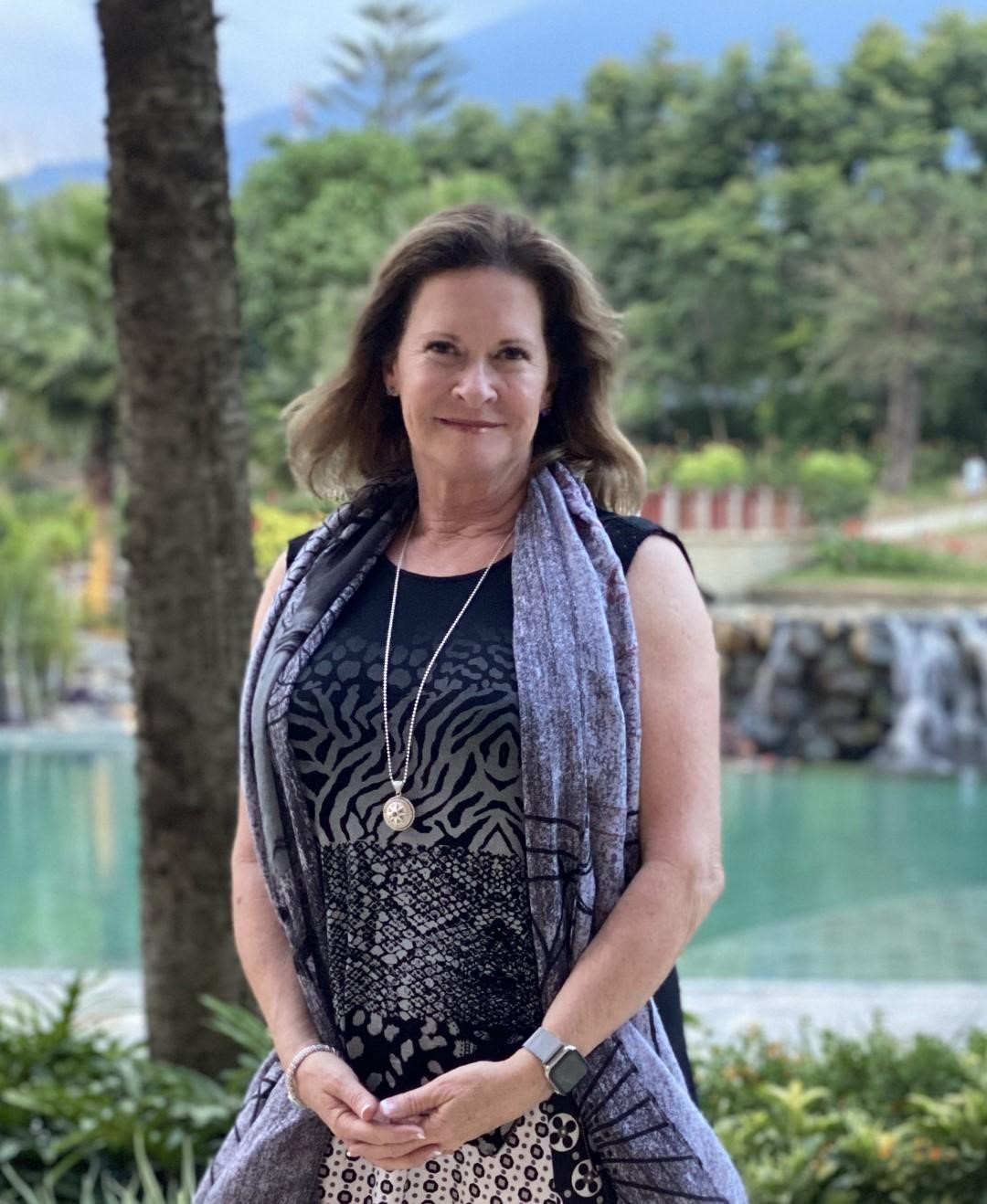 Laurel Werner, Founder, President, and CEO of Kilimanjaro Technology Foundation (aka KiliTech), a non-profit 501(c)3 that provides water for schools and vocation training for women in Tanzania, is an inspiration to other women with her leadership, passion for children’s education, and adventurous spirit. KiliTech operates in Tanzania and Laurel’s innate boldness and bravery helps her run a non-government organization (NGO) in Africa. Her career history includes working for the Texas General Land Office, CH2M Hill, AT&T Broadband, and EchoStar. She directed operations and loved learning the “how’s and why’s” things were being done and not to ignore the details.

The Epiphany & Start of an Era

In 2015, Laurel’s husband, the charismatic and brilliant Tony Werner, wanted to go on a family vacation and their daughter suggested climbing Mt. Kilimanjaro. Mt. Kilimanjaro is in Tanzania and the summit is at 19,341 feet.

After ten days of backpacking across rough terrain and snow, Laurel loved the trek and it was the perfect time for inner reflection. When reaching the formidable summit she had an epiphany, “My husband didn’t help me, my boss didn’t tell me what to do. I had to dig deep inside my-self to find the personal strength, courage, and character, to reach the top of this mountain. It became a new world for me.”

Laurel persuaded a couple of girlfriends, Nomi, and Maria, to also climb Mt. Kilimanjaro. They climbed it together in 2016. Maria and Nomi said it was one of the most difficult yet wonderful accomplishments they have achieved and will forever appreciate. Laurel hopes more women will climb the mountain and find their own inspirations.

When climbing Mt. Kilimanjaro, Laurel observed the porters wearing tattered clothing and shoes with little protection climbing over lava rocks and snow. She ruminated, “How can those of us who have so much better help those who have so little?” “I wanted to learn more about the porters and their families and asked the amiable head guide, Onest Mtui, who spoke English to introduce me and translate their stories. I was deeply moved and fell in love with the country and the people, and I knew I had to return.”

Laurel achieved her certificate to teach English as a foreign language (TEFL) and returned to Tanzania to volunteer. “My husband knows how unstoppable I can be, and he suggested that we form a 501(c)3 and KiliTech was born May 2015.

When friends heard the news, they generously donated books, computers, clothing, and funds to the foundation.

KiliTech’s first big project was in Majengo village located near Mount Kilimanjaro. It is an impoverished village with many children in a beautiful landscape. Sitting in a circle everyone was politely checking each other out. Laurel said, “The conversation was in Swahili with one phrase in English, ‘Will you cooperate,’ and it was said pretty frequently. I am a very cooperative person, so it didn’t take me long to say, ‘Yes, I’ll cooperate!’ The women started crying, cheering, and clapping with such enthusiasm I asked my English speaking assistant, what did I just agree to, and he said, “You promised to co-operate,” meaning I agreed to assist in operating the village.”

Laurel called her husband in the USA and said, “Guess what, honey, we are now co-operating a village!” Tony was, let’s say surprised, and said, “Laurel, what have you gotten yourself into now?”

KiliTech ran water to their school, built a maize mill, and taught over one hundred women vocations in sewing, cooking, and decorating, and the men trained in beekeeping.

While working in Tanzania Laurel noticed that water is often a challenge and girls have the gender task of walking up to a mile or more to the closest river or stream collecting water in pails and buckets. They quit school as soon as they can carry a vessel because the family cannot survive without water. It is more important in Tanzania for the boys to go to school.

Laurel hopes she instills the love of learning in Tanzanian women. She believes that by providing women with vocational skills they will appreciate the importance of education and pass this life lesson along to their children and future generations. KiliTech now focuses on bringing water to schools with the belief female students can stay in school longer.

Lydia Maliti, a young Tanzanian woman, is KiliTech’s senior project manager and office manager. Lydia is incredibly talented and looks to Laurel for mentoring her professional career. Together they combine their cultures and skills to effectively deliver projects at the schools and communities.

One of Laurel’s mentors is Kathy Eldon, the founder and director of Creative Visions Foundation.  Creative Visions began after the death of Kathy’s son, Dan, who died in Mogadishu, Somalia while working for Reuters magazine. Kathy ingrained in Laurel, that “Life is truly about the journey not the destination.” Laurel says, “I try to live this way and appreciate the details especially during challenging times .”

Laurel plans to continue doing what she loves, including running KiliTech and helping female youth find value, ability, and bravery within themselves. Laurel says, “All women have an empowering fire but it’s too often kept inside. Climbing mountains, literally and figuratively, strengthens us to recognize and overcome our fears and embrace new beginnings. This is a powerful motivation.”

When not in Africa, Laurel resides in Arizona and Colorado with her husband Tony and their three dogs.  In addition to running KiliTech, Laurel enjoys collaborating on documentary films that bring attention to important social and environmental issues. She is the executive producer for “Sun Ladies of Yazidi,” “Refuge,” and “Wild Beauty – Mustang Spirit of the West”. 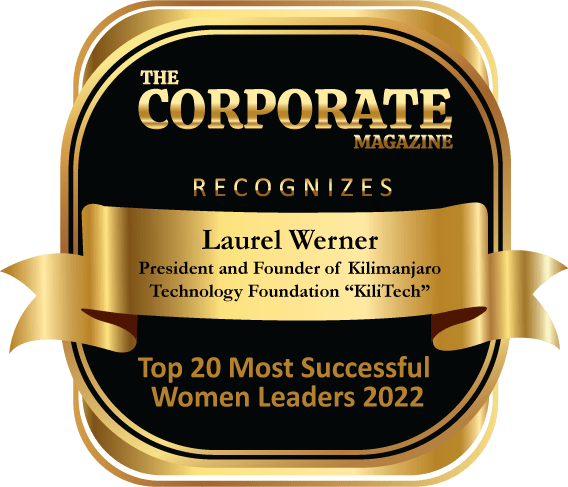 " We came up with the name Kilimanjaro Technology Foundation because “Mt. Kilimanjaro,” the highest free-standing mountain in the world, inspired me and “Technology” because Tony and I are both passionate about Technology. " 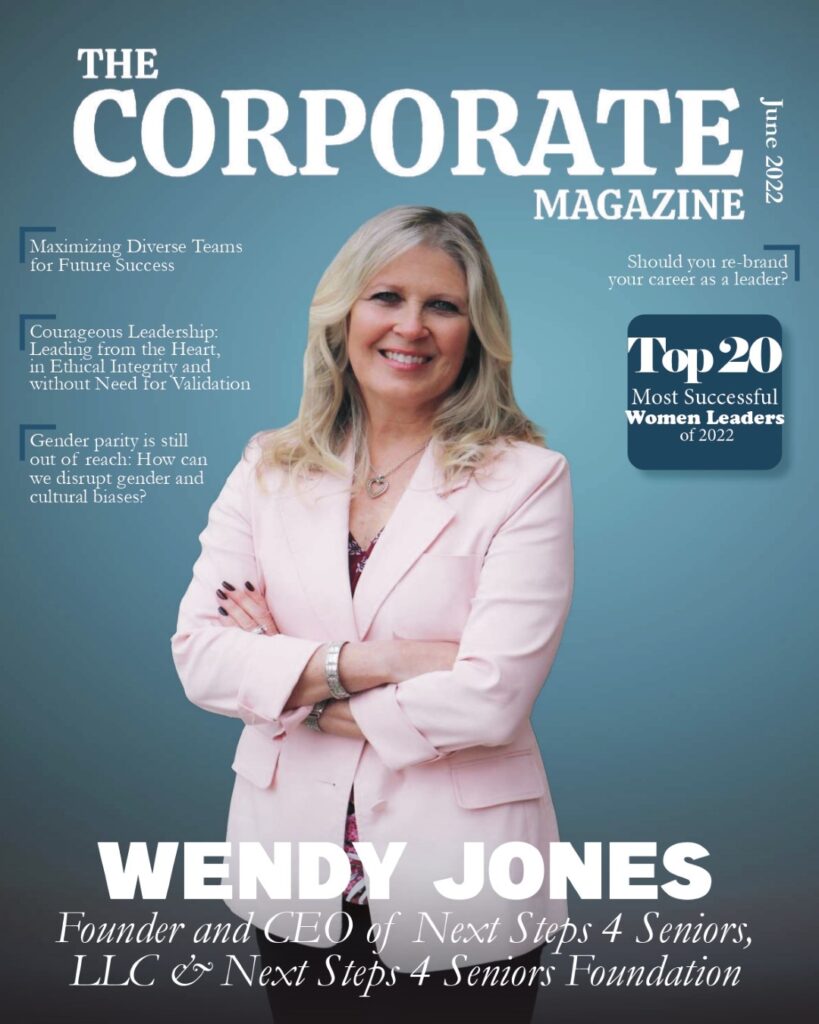