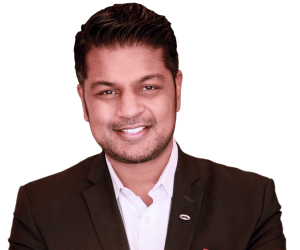 One can say that we are possessive about our personal belongings and we like to exercise our rights over them. Now imagine someone using your mobile phone or laptop without permission, how it makes us jump right out of our skins? Similarly, every second the hordes of data that is being generated by us-through browsing, shopping, driving, talking-is being used without our permission. Adding to the atrocity is some organizations are profiting from our data, our inherent human data is being bought and sold without our consent, authorization, consideration, or compensation.

It is pertinent to mention that the human data marketplace represents an estimated $150Bn to $200Bn annually.

One tech start-up, Hu-manity.co, sees ownership of data as a basic human right. Its app, called #My31 (the United Nations has declared 30 universal human rights), will allow users to decide how their data may or may not be used. Users can choose whether they are willing to lease or share their data; what kind of data, if any, they want to make available; and whether they would like to be paid or interested in donating their data for research purposes. Hu-manity.co is the world’s first and only organization developing human rights and corollary sovereign laws in a decentralized manner on blockchains. Headquartered in New Jersey, USA and operating in multiple countries, Hu-manity.co’s vision is a world where the next generation of human rights and policies emerge from a balance of centralized power and decentralized technological empowered communities. The mission is to create the 31st human right in a decentralized manner as an example for other organizations and visionaries to follow.

Richie Etwaru, Co-founder and CEO of Hu-manity.co, argues that organizations should be required to check and abide by the consent decisions people have saved in the app #My31. As Richie told Washington Post, “we have an opportunity to have income from our data.” At the very least, he says, people should be aware of that, which Richie calls a fundamental “human right.” Richie believes the most important ingredient for change is courage. Courage not mistaken with risk but consistent with the bravery required to embark upon something never attempted. Richie is known for pursuing the 31st Human Right “everyone has the right to legal ownership of their inherent human data as property.” He is driven to reshape the world by creating a new data economy, where inherent human data is legally human property.

The Extraction of Our Personal Data

All across commerce, the property we own is being taken away from us in the form of our personal data, particularly in areas of health care, geospatial, media consumption and personal consumer behavior.

Hu-manity.co’s immediate focus is to help people claim property rights on their medical information; the diseases they have had, the medications being taken, the tests that has been done, the sites browsed or the shopping we have done and even our genetic profile. This information is of tremendous value to various organizations, let us take into consideration the health care companies, drug companies and insurance companies. What makes it even more interesting is that the data is not just being shared, it is being sold at a profit. The healthcare industry that we trust with our privacy may be, at this moment, bundling our data with that of other patients and selling it to the highest bidder.

Unfortunately, as an individual there is not much we can do about it. We may be able to complain, but the protests will fall on deaf ears. Or the data seller will point to a user agreement or consent form that we might have signed without reading it completely owing to medical emergency. Here, Richie and his company is trying to make the much needed difference making personal medical data a person’s legal property — to get away from the current system. “The data’s being used without being classified as property and without explicit consent and authorization,” he says. “And as a result there’s really this whole gray area about, ‘Can you really make billions of dollars off of a discovery that came from me?’”

Richie’s company app #My31 can make a big difference that would let people specify how their medical data can and cannot be used. Individuals’ preferences would be added to their electronic medical records and similar data from pharmacies. Those data sets are major starting points for the use of “big data” to prospect for new ideas that could lead to novel drugs. It is to note that individuals still would not own their data under this arrangement, but they could agree to do business with companies that want a more explicit agreement about how it can be used or they also could explicitly donate their data to nonprofits.

For example as Richie says pharmaceutical companies could potentially pay each user $10 a month for access to their data. “The data absolutely has a fair value,” says Michael DePalma, the company’s Co-founder and President. “It’s a $60 billion business right now, just in medical data, right? So why should we not have some component of that?” Michael and Richie say they are taking a key step in that direction: building a technical framework to make these transactions possible. Changing data ownership laws, state by state, seems like a distant prospect. But that may not be necessary to start changing the relationship between the firms making use of medical records and the people documented in those records.

Collaboration of Hu-manity.co & IBM Blockchain to Give the Best Solution

The problem of the uncontrolled data market is growing more acute every day, and finding a solution is imperative. Fortunately, the solution is in sight — and what is even better, it will benefit both individual consumers and the companies that seek to leverage health care data for beneficial purposes.

The foundation of the solution has been found in blockchain, the emerging technology that can do two things genuinely well: It can keep immutable records of data belonging to people, organizations or machines in a secure, but accessible manner; and people, organizations or machines can transact in a trusted, transparent, and yet private manner on said immutable records at scale. Even with the power of blockchain as the underpinning, it is still a big job! Taking on a problem of this magnitude requires a unique partnership between an organization that knows the challenges and can visualize the solution and an organization that has the size and expertise to make the solution a reality. Together, Hu-manity.co and IBM make a powerful combination. Hu-manity.co’s innovative global consent ledger creates a highly secure repository of personal data consent, controlled by consumers themselves. The IBM Blockchain Platform and The Linux Foundation’s Hyperledger Fabric, secured on the IBM Cloud, will support the deployment of the global consent ledger so that it can serve tens of millions of consumers as well as the organizations that seek to leverage their data.

Using a simple phone app called #My31, the partnership of IBM and Hu-manity.co will give individual consumers the opportunity to assert their legal property ownership rights and gain title to their data, not unlike holding title to an automobile. The consumer can then provide their consent as to if, how and where they want to give a third-party permission to access their data. A user could choose to share no information at all or choose to lease their data to pharmaceutical companies or data aggregators for fair market compensation.

In what is now a murky legal landscape, the IBM and Hu-manity.co partnership will offer data brokers with legal clarity as they seek to purchase medical data. By trading only in personal data that has been released by the owner, data brokers will derive twin benefits: they will have a more valuable product and they will be immune from charges of data smuggling. By having blockchain-backed evidence of explicit consent, authorization, lease terms, lease expiration, purpose of use and consideration provided back to the individual via various forms of currencies, services or privileges, transparency and accountability are assured. According to both Hu-manity.co and IBM at the end of the day, while technology is important, this project is all about people: their property rights, their expectation of privacy, and yes, how they feel about their property being sold at a profit. It’s about bringing fairness to a system that has grown without adequate controls.

Richie’s dream is that people claim the 31st human right via the #My31 app, and as a community exercise the right to organizations not currently respecting our inherent human data as their property. Humans, their data, and corporations will co-exist where corporations enjoy blockchain-backed explicit consent and authorization to use our data, and humans enjoy greater levels of privacy, and control and qualify to receive consideration via multiple forms of currency. 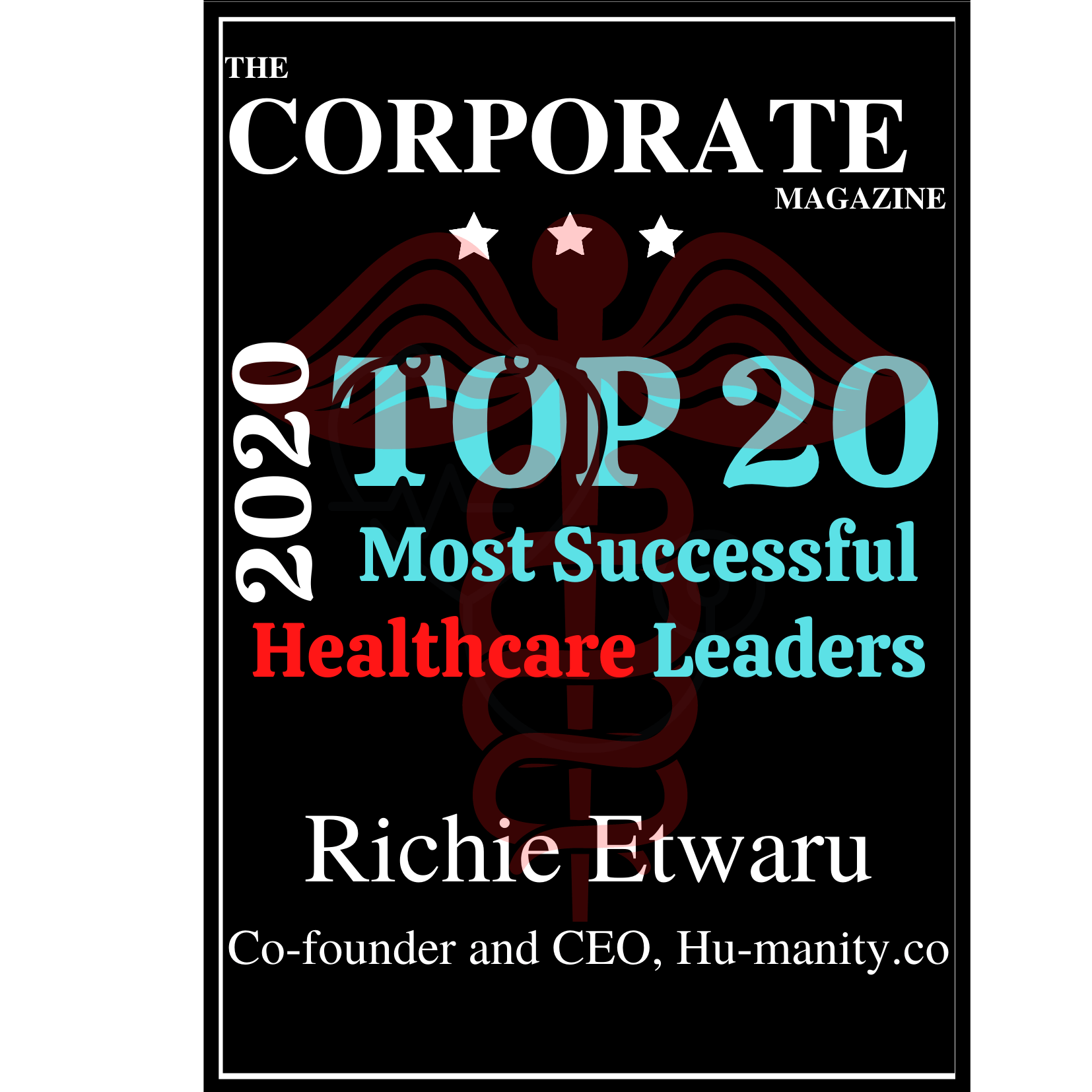 Co-founder and CEO at Hu-manity.co