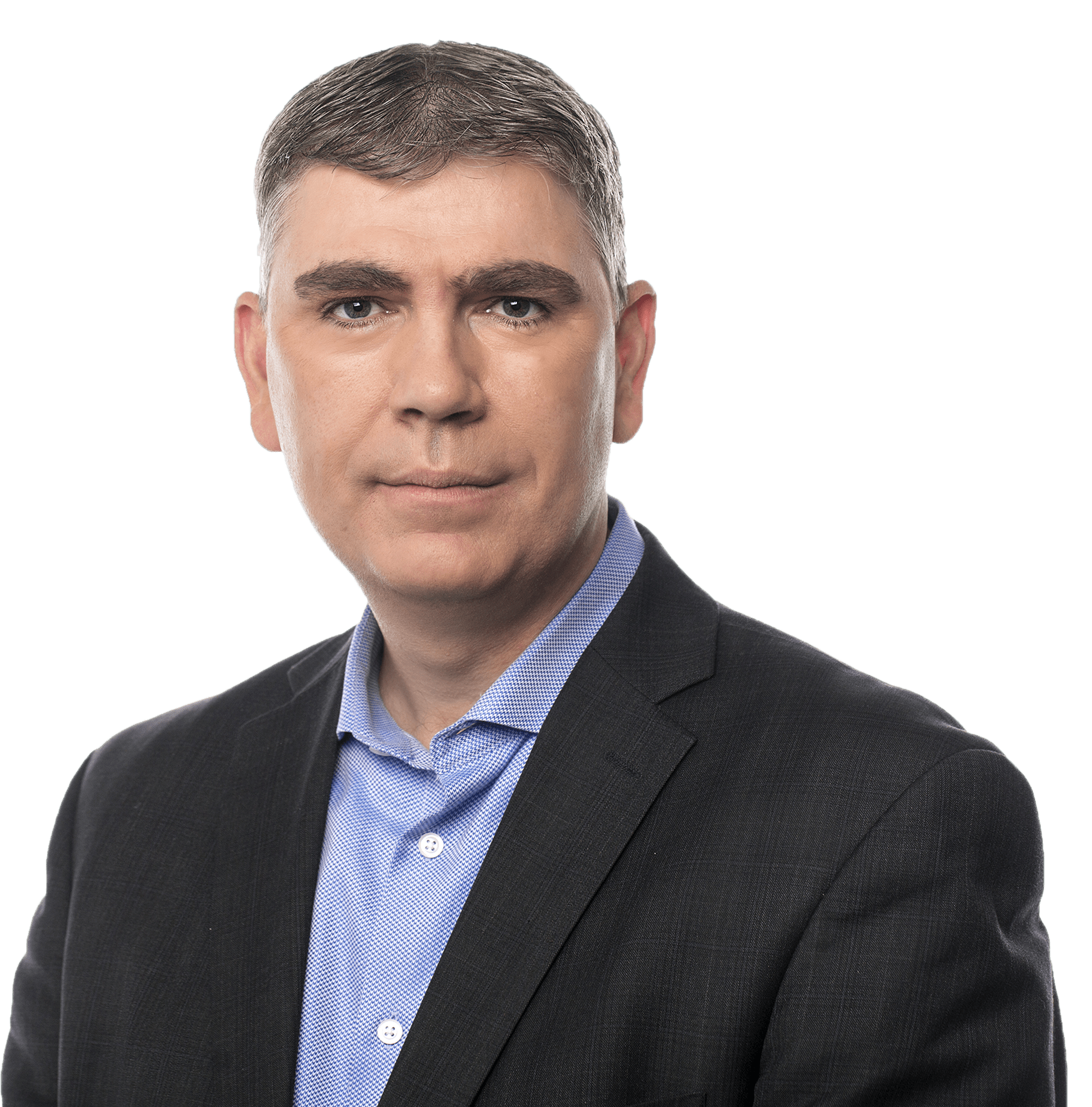 Greg Stremlaw is the President and Chief Executive Officer of Indy Eleven Professional Soccer, including helping lead the new Eleven Park development project in Indianapolis, Indiana.  Stremlaw arrived at Indy Eleven in early 2019 and helped lead Indy Eleven to its best year on record to date. He is a proven leader that is highly respected in the international sports world and he has added instant credibility to Indy Eleven’s front office, as well as their push to be the preeminent franchise in the United Soccer League’s top division. Stremlaw’s passion for a culture of excellence amongst his teams and consummate professionalism are what have helped provide consistency to the organization’s vision of being “Indiana’s Team”.

As the Chief Executive for Indy Sports & Entertainment, Stremlaw’s key role is to provide complete oversight of the men’s professional soccer team that currently

plays in the USL Championship, along with 34 other teams across the United States. The role also is heavily immersed in the leadership of the Eleven Park project – a transformational neighborhood development that will include a 200-room boutique hotel, 250,000 square feet of commercial, retail and office space, approximately 600 apartments, and public areas. The development will be anchored by a 20,000-seat stadium to be utilized by the Indy Eleven and countless other professional and amateur sporting events, concerts, and community events. The development is more than a stadium, it is the opportunity to create a vibrant community that will attract individuals and families from near and far to live, work, and play – creating jobs and improving quality of place far beyond gameday.

Talking about Eleven Park, Stremlaw indicated that it was a major milestone when the hard work and presentations to government officials helped get the Stadium bill passed. This proposal was included in Senate Enrolled Act 7 (SEA 7) which passed the State Legislature and was signed by Governor Holcomb on April 29, 2019 allowing enabling legislation for Indy Eleven to work with the City of Indianapolis to create a new Professional Sports Development Area (PSDA) for Eleven Park. The Stadium will be publicly constructed, publicly owned and publicly financed with available Sales, Income, Property, Innkeeper’s, and Admissions taxes captured in the PSDA. SEA 7 allows the new PSDA to capture these taxes up to $9.5 Million a year for 32 years within Eleven Park as well as within a 1-mile radius of the new development.

Indy Eleven Professional Soccer was launched by owner Ersal Ozdemir in the hopes of sharing his passion for the world’s most popular sport with Hoosiers. Indy Eleven has welcomed over a million fans in its six seasons, was the NASL Championship runner-up in 2016 and this club has cemented professional soccer as an essential part of the State. As they enter their seventh season, the Indy Eleven fan base has continued to grow, and finished second overall in attendance in the USL Championship league in 2019. Despite the extraordinary circumstances that COVID-19 has brought to sport, Indy Eleven has found a way to enable more fans to attend games in 2020 thus far than any other team in professional soccer. An incredible achievement given how few teams have been even been able to open venues around the globe.

Stremlaw has an extensive background in risk management, including acting as an executive at eight different Olympic Games, also serving as the Chef de Mission at both the 2016 Olympic Games in Brazil and the 2018 Olympic Games in South Korea, while heading up the Canadian Broadcasting Corporation’s coverage. This training and oversight of complex sport and safety operations has been invaluable under the global pandemic and helping lead professional soccer back to the pitch. Many would argue Stremlaw is the most experienced sport executive in the League when it comes to crisis management and it is no surprise his experience has been extensively tapped into since COVID-19 hit. To this avail, Stremlaw was appointed to the USL’s Competition & Strategic Executive Committee that has assisted in assembling options to help model a completely new competition format, revised rules, and playoff structure under these unprecedented times. Further to the above, Stremlaw was also formally appointed to the National COVID-19 Task Force, one of 5 officials from across the country to be asked by the League. The Task Force has worked tirelessly since early March to help get professional soccer playing again and also liaising with all the other major professional sports leagues. Under COVID-19, Indy Eleven has proven to be a national leader on its health and safety protocols. It was one of the first professional sports teams to share its comprehensive plans for its venue with its fans and the public. These forward- facing protocols with overarching objectives have been embraced and heralded by local and national media as a significant success story.

With so many items on the go, and a real impact on both the United Soccer League, but also professional sport as a whole – this helped make Stremlaw one of the 20 executives chosen as one of our Top 20 Dynamic CEOs of 2020, and the only one from the sport and entertainment industry. 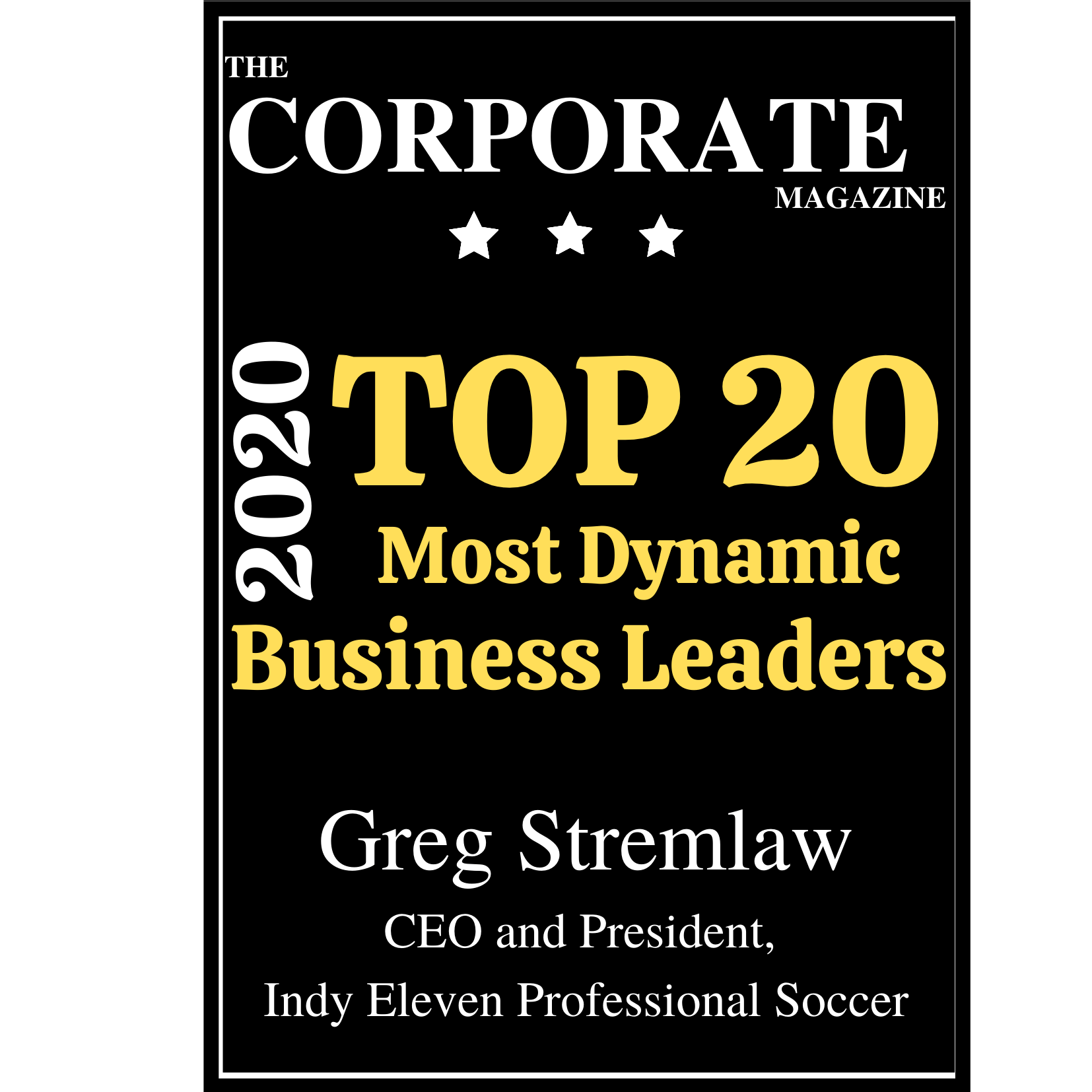 “ Under COVID-19, Indy Eleven has proven to be a national leader on its health and safety protocols. ”