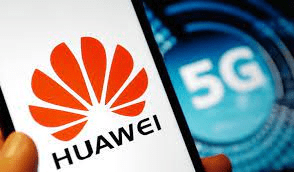 April 01, 2021:-Huawei’s revenue growth dramatically decreased as the impact of U.S. sanctions and the economic fallout from the coronavirus weighed on the Chinese technology giant.

In 2020, China’s economy grew as the country managed to contain the coronavirus broadly. Other significant economies saw contractions as the pandemic continued to sweep across the world, and numerous countries enacted lockdowns of varying degrees.

The U.S. has slapped Huawei with several sanctions over the last two years. Washington maintains that the Chinese telecommunications giant is a national security threat, claiming that Huawei has repeatedly denied it.

Last year, the U.S. moved to cut Huawei off from critical chip supplies it needs for its smartphones. This damaged Huawei’s smartphone sales. At the time of the Entity List inclusion, Huawei was the second-largest smartphone player by market share. But in the fourth quarter, Huawei fell out of the top five most prominent vendors by market share as sales worldwide plunged.

Ken Hu, Huawei’s rotating chairman, said the consumer business results “fell short” of the company’s expectations due to a fall in smartphone revenue.

“Because of the unfair sanctions placed on us by the U.S., our mobile phone business saw a revenue decline,” he said, according to an official English translation of his Mandarin remarks.

However, some of Huawei’s other products, including tablets, laptops, wearables, and smart home devices, saw an increase in sales that helped offset the smartphone decline, according to Hu.

Besides the smartphone business, the U.S. has also looked to target Huawei’s telecommunications unit. Under former President Donald Trump’s administration, the U.S. sought to push allied countries to block Huawei from their 5G networks. 5G refers to next-generation mobile networks, and Huawei is one of the leading companies making telecommunications equipment to support that.

Countries including Australia and the U.K. have blocked Huawei from their 5G networks.