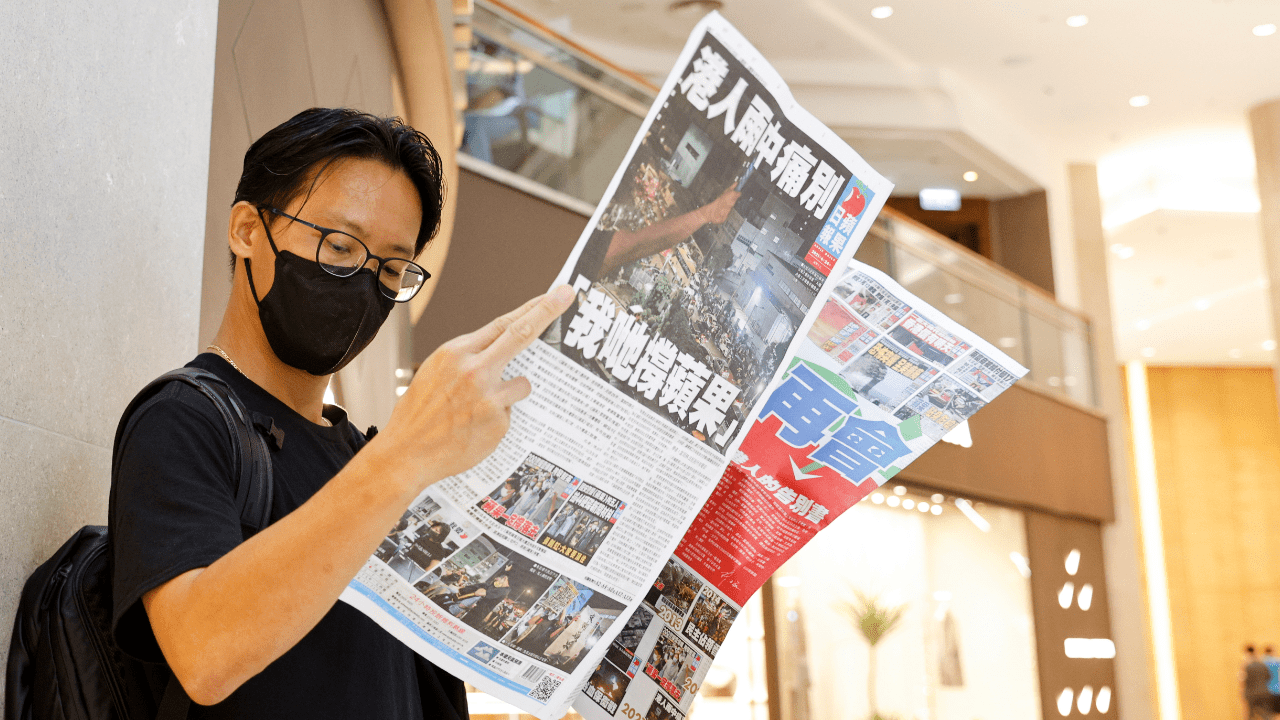 June 25, 2021: According to a Hong Kong Journalists Association representative, the Hong Kong pro-democracy newspaper Apple Daily’s closure is a sign that press freedom is under threat in the semi-autonomous region.

“The threat is clear, obvious that we have to learn lessons from Apple Daily,” Ronson Chan, chairperson of the Hong Kong Journalists Association, told CNBC on Thursday.

The association and seven different industry groups released a statement that attributed the end of Apple Daily, which had operated for 26 years, to “continuous government oppression.” Apple Daily printed its final edition on Thursday, and its digital content was not accessible any longer by 11:59 pm local time on Wednesday.

Before the shutdown, Hong Kong authorities froze assets linked to Apple Daily, which left the newspaper with little resources to sustain operations. Nearly 500 police officers also raided the newspaper’s offices in the previous week and arrested several executives and staff for alleged violations of the national security law.

When questioned regarding Apple Daily’s alleged offenses, Hong Kong’s Secretary for Security John Lee said that “we are talking about a conspiracy in which the suspects are trying to make use of journalistic work to collude with a foreign country or external elements to impose a sanction or take hostile activities against Hong Kong” and China.

Apple Daily had come under increasing pressure from Hong Kong authorities. Its owner, media tycoon Jimmy Lai, is a strong critic of the Chinese central government. He is now serving jail time after getting arrested under the security law.

Chan, the deputy assignment editor at the online news site The Stand News, said it concerns that the law’s red lines are unclear. That means independent journalists “have to bear some risks” to do their job, he further said.

Hong Kong authorities’ use of the national security law has been criticized by some, which includes the governments of the U.S. and the U.K.

Following Apple Daily’s closure, British Foreign Secretary Dominic Raab said in a statement that “it is crystal clear that the powers under the National Security Law can be used as a tool to curtail freedoms and punish dissent rather than keep public order.”