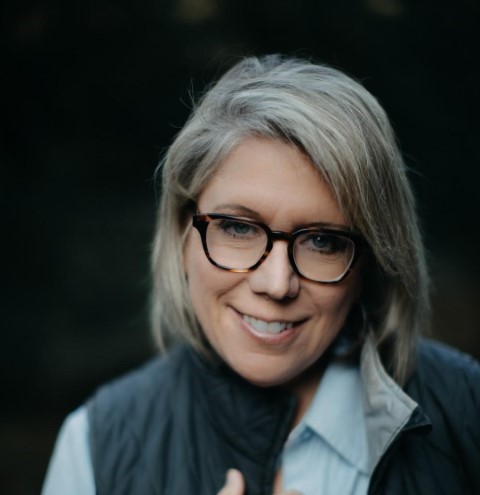 Maryscott Greenwood, CEO of the Canadian American Business Council, brings her experience in government, politics, and the business world together to raise the bar on what the Council offers every year. She thinks about the positions the Council advocates publicly and about the experience that her members have as they interact with each other and with political leaders to advance the unique relationship between Canada and the U.S. Creating an environment of trust and candor with a sense of humor is part of the magic that Scotty brings to the table.

Maryscott is the founding partner of Crestview Strategy US, a public policy consultancy based in Washington DC. Greenwood serves on the Board of Directors of the Foundation for Art & Preservation in Embassies and is an Advisory Director for a tech start-up (HYR). Greenwood also co-chairs the District Cup, an annual polo matched played on the National Mall to benefit local charities.

She previously served on the Board of the World Affairs Council of Washington, the Girls20 Initiative, Hostage US, and the Association of Canadian Studies in the U.S.

She has a distinguished career in government and government relations, addressing public policy challenges the US and Canada face in the world. She is a sought-after public speaker with engagements in North America and Europe and is frequently quoted in the media for her insights into political and trade issues.

Appointed by President Bill Clinton, Maryscott served in the U.S. State Department as chief of staff at the United States Embassy in Ottawa from 1997-2001. Prior, she served as the chief federal/state liaison for the Mayor of Atlanta, including the 1996 Interagency Security Task Force for the Olympic Games.

Affectionately known as “Scotty”, the steadfast leader was always the youngest person in the room and usually the only woman. “I felt like an outsider and probably overcompensated at times to make my voice heard. Over time, with age and experience, I was able to project a more low-key and quiet confidence that helped overcome those initial feelings of feeling out of place.”

Scotty has been a support system to the female business owners who are trying hard to establish themselves. She makes it her primary responsibility to hire and engage many female business owners. “The creative team that took our organization through a brand refresh is Major Studio, a women owned firm. The events management team that produced our gala dinner and book launch series with Presidents and Prime Ministers is owned by a woman whose career I helped incubate,” says Scotty. “Secondly, I connect women owned businesses with each other. This year through my consulting business, we created a collaborative of women owned businesses with complementary skill sets who can provide surge capacity to each other for projects, and moral support to each other when needed. Finally, I seek opportunities to promote and praise women’s work both publicly and behind the scenes – whether as a corporate director or in media commentary.”

Scotty is inspiring and empowering team members to becoming great leaders of tomorrow. She has extremely high expectations, which help elevate the work of everyone in her ecosystem. And she leads by example.

Scotty will give her team members enough latitude to succeed in their mission and is also available to provide advice, guidance, and support when needed. She is fearless and funny, showcasing how to be seriously successful without taking yourself too seriously. It’s a great mix that helps launch careers of those (men and women) lucky enough to be mentored by Scotty.

Scotty was 24 years old when asked to serve as Executive Director of the Democratic Party of Georgia – the youngest person and first woman to serve in that role. It probably took another ten years before she felt comfortable in senior business and political settings. That comfort is another measure of “success.” “It was another 15 years before I launched my own business. This independence is probably the best measure of success. That said, success is a work in progress and can always be improved upon,” explains Scotty. “I have learned that you don’t have to be “one of the guys” to be successful in a man’s world. Over the years, the guys I have worked with have valued a different perspective and haven’t looked for someone to just mimic their ways. They want new insights, different approaches and problem solving. An important leadership lesson is that it’s not only ok to be different – it’s an advantage. Whatever that difference may be – gender, background, ethnicity, orientation, geography, or personal experience.” Armed with a unique mindset, Scotty has taken her organization to new heights.

According to Scotty, “when officials at the White House or the Prime Minister’s office ask your organization for its input on major policy decisions, you know you are providing value to both your members and society as a whole. We are proud to be a trusted voice at a time when trust in institutions is a scarce resource.”

The US and Canada are each other’s most important customers, suppliers, neighbors, and families—a relationship the CABC is committed to preserving and strengthening for future generations. They bring people together to learn about each other in person, convene dialogues about the value of the Canada/U.S. relationship, and learn lessons from both sides of the border. They published the second edition of “With Faith & Goodwill,” a book featuring Presidents and Prime Ministers through the years, which stands as a tangible reminder of the importance of the Canada/U.S. relationship through generations.

Together with the Wilson Center, the CABC recently launched a new podcast called Canusa Street, exploring the Canada/U.S. relationship. Their conversations on the pod help elevate understanding of the complexity of the bilateral friendship and unpack some of its thorny issues. The CABC also launched an Entrepreneur’s Circle, which brings founders of businesses to the table alongside the large iconic multinational companies that form the core of our membership. “We also launched a series entitled Corporate Action on Social Justice. The series has been both illuminating and challenging in discussing the ways in which companies are facing some of the most daunting social issues of our day,” elucidates Scotty. “I look forward to infusing all of these initiatives with new ideas and proactive approaches that push the boundaries of what Canada/U.S. collaboration can look like to take on the world’s challenges together.” 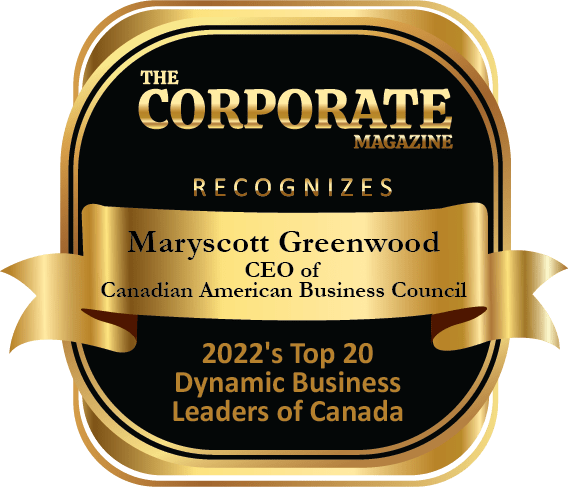 " My goal is to give my colleagues the latitude to accomplish the mission, and learn from each other along the way. " 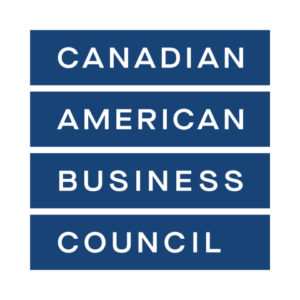 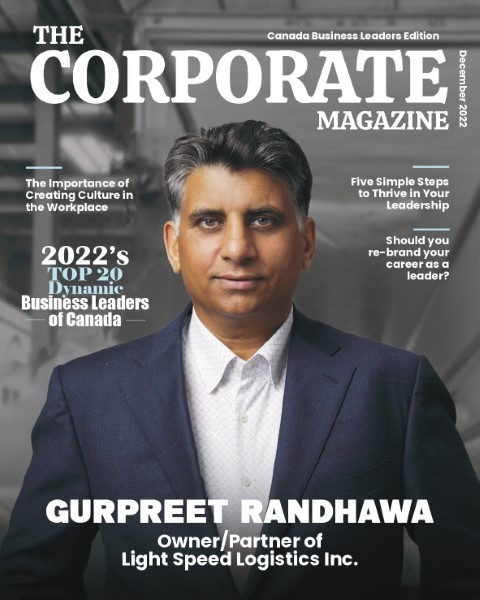