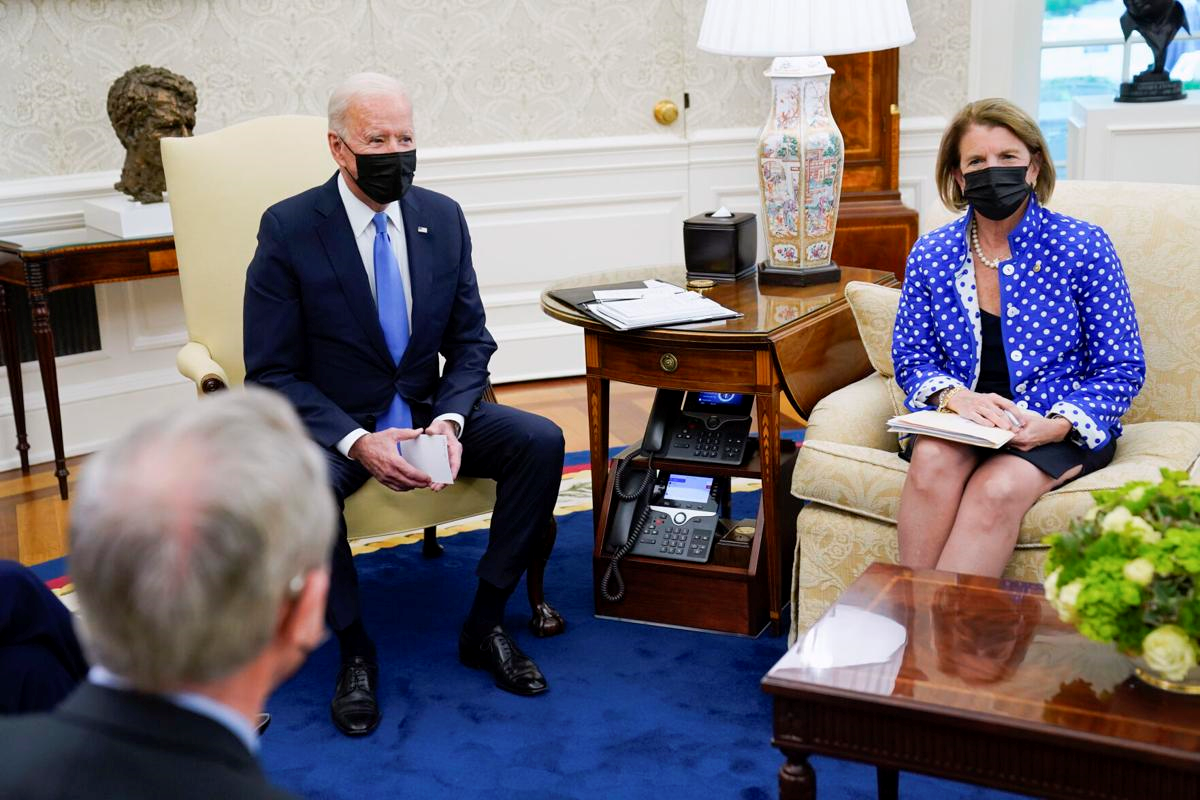 June 4, 2021: -On Wednesday, President Joe Biden and Republican Sen. Shelley Moore Capito wrapped up a meeting on a possible infrastructure compromise and agreed to speak again in two days.

The president and lead GOP negotiator had a “constructive and frank conversation” about a massive proposal to invest in U.S. infrastructure, a White House official said. However, Biden and the senator from West Virginia entered the day with divergent views on what should go into a bill and how the government should pay for the plan.

During Wednesday’s meeting, Capito stressed “her desire to work together to reach an infrastructure agreement that can pass Congress in a bipartisan way,” Capito spokeswoman Kelley Moore said. The senator is “encouraged those negotiations have continued” and will brief other Republicans before the following discussion with Biden, she added.

The Friday discussion could mark a final effort to move closer to an infrastructure deal before Democrats decide whether to pass legislation independently. The Biden administration has signaled it wants to see progress in the talks with Republicans by next week.

“There is a time limit on this … you’re not going to play this back and forth much longer,” Energy Secretary Jennifer Granholm told CNBC’s “Squawk Box” on Wednesday morning. She said that “there is a deal to be had.”

The talks continue a back-and-forth between the White House and GOP as the parties try to find a path forward to revamp U.S. transportation, broadband, and utilities. Republicans have not backed Biden’s proposals to invest in schools, housing, dependent care, and green energy as part of a bill, contending to focus on infrastructure as defined in the past.

The GOP sent Biden a $928 billion counteroffer last week. The president previously trimmed his proposal to $1.7 trillion from $2.3 trillion.

The parties also need to resolve a dispute over how to offset the spending. Biden wants to raise the corporate tax rate to at least 25% from the 21% set as part of the 2017 Republican tax law. He also aims to reduce underpayments by both individuals and companies.

Republicans have said they will not revisit their tax legislation. They have instead called to repurpose coronavirus relief money approved earlier this year. However, the White House has signaled it opposes redirecting funds and has questioned how much of the aid will be leftover.

If they cannot agree with Republicans, Democrats can try to pass an infrastructure bill on their own through budget reconciliation. It would require support from every member of the Senate Democratic caucus in an evenly split chamber.

PrevPreviousTesla recalls 6,000 cars over the risk of loose bolts
NextFireEye sells its products business and name for $1.2 billionNext